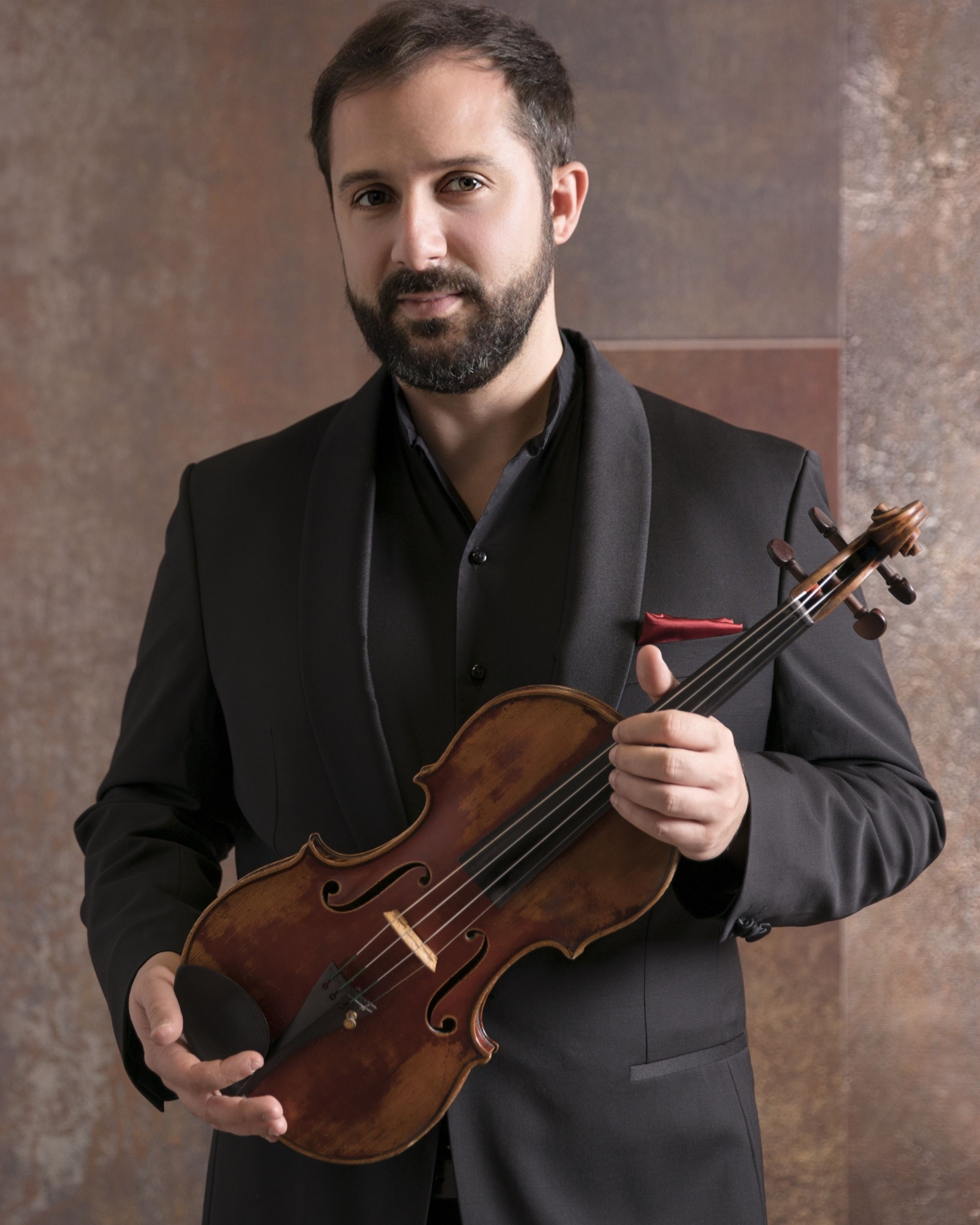 Davide Alogna is an eclectic musician with an international education. He graduated both in violin and in piano with honours at Conservatorio ‘G. Verdi’ in Como, and he obtained his master’s diploma in soloist violin and chamber music at the Conservatoire de Paris with a ‘Premier Prix a l’unanimité’. He also studied composition and graduated with a special mention at Accademia Chigiana of Siena with Giuliano Carmignola, who described him as ‘an amazing talent’.

In 2017, Davide was invited as guest soloist by La Scala Orchestra to play concerts around Europe, and on 29 October he debuted at the Teatro alla Scala of Milan accompanied by La Scala Chamber Orchestra.

Davide Alogna is one of the most active musicians for the study, rediscovery and diffusion of the Italian twentieth century repertoire. In 2018, he recorded for Naxos a disc with three ‘world premiere’ of Mario Castelnuovo Tedesco’s violin works, such as the 3rd Concerto for violin and piano dedicated to Jascha Heifetz, which received 5-stars from many international musical magazines, namely ‘Musica’ and ‘BBC Magazine’. In 2021, Naxos will release his recording of Ottorino Respighi’s violin concerto P75 in A min accompanied by the Chamber Orchestra of New York, and Ricordi will publish his personal version of the violin solo part.

He is the creator of ‘Progetto Rode’ (supported by the CIDIM – Comitato Nazionale Italiano Musica and ‘Suonare News’) in which he brought together – during the recent Covid19 pandemic – 24 Italian famous violinists performing in video the renowned 24 Rode’s Caprices, as a training support for violin students from all over the world.

Davide Alogna is Professor of Violin at the Conservatorio ‘F. Cilea’ in Reggio Calabria (Italy). He performs on an 1806 Joseph Dall’Aglio, and on a 1930 Anselmo Gotti.