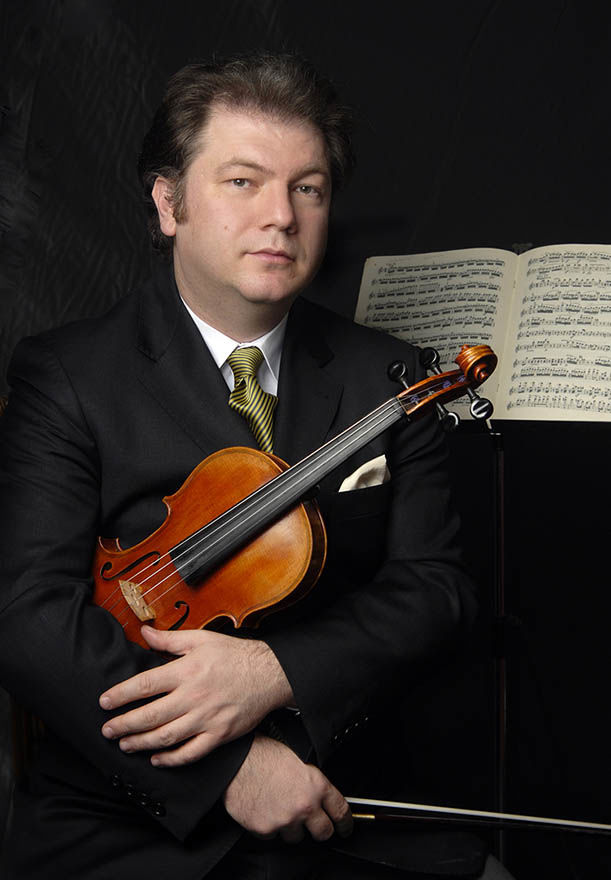 After graduating from Prof. Ayhan Turan’s class with honors degree, Cihat Askin completed his Master’s and Doctoral degrees in London at the Royal College of Music with Prof. Rodney Friend and at City University with Prof. Yfrah Neaman.

Under the same roof, he carried on his academic and artistic activities from 1998 to 2012, as the founder and co-chair of MIAM (Advanced Research Music Center).

Askin served as the Director of Turkish Music State Conservatory of ITU in between 2008-2012.

Being a prominent figure in Turkey, he has been giving concerts across Europe, Asia, Africa, South America and the USA.

He participated as a jury member in international violin competitions in Bulgaria, Serbia, Poland, Israel, Hungary, Switzerland, Russia and Argentina.

Askin made the first CD recordings of Turkish composers U. C. Erkin and N. K. Akses for Kalan Muzik.

Being a noted champion and broadcaster of modern Turkish music, he made albums of his own compositions. In 2006, the first integral recording of Kreutzer 42 Etudes was released and highly acclaimed by the critics.

Apart from being a performer, Askin made musical arrangements for violin and various instruments, film soundtracks, radio and TV recordings. He worked with Warner Classics and CPO.

In 2007, he founded Askin Ensemble, a chamber orchestra. He recently (2019) released all Bach solo sonatas and Partitas and Franz Schubert’s Sonatinas for violin and piano with the Italian recording label LIMEN Music, and Turkish Waltzes with Kalan Music.

Among his many prizes may be mentioned, Menuhin and Flesch, he is granted the Foyer des Artistes award in 2002 and the J. F. Kennedy Center for the Performing Arts – Gold Medal award in 2009. Aşkın plays with violins by Jean Baptiste Vuillaume (1846) and Gaetano Sgarobotto (1924).