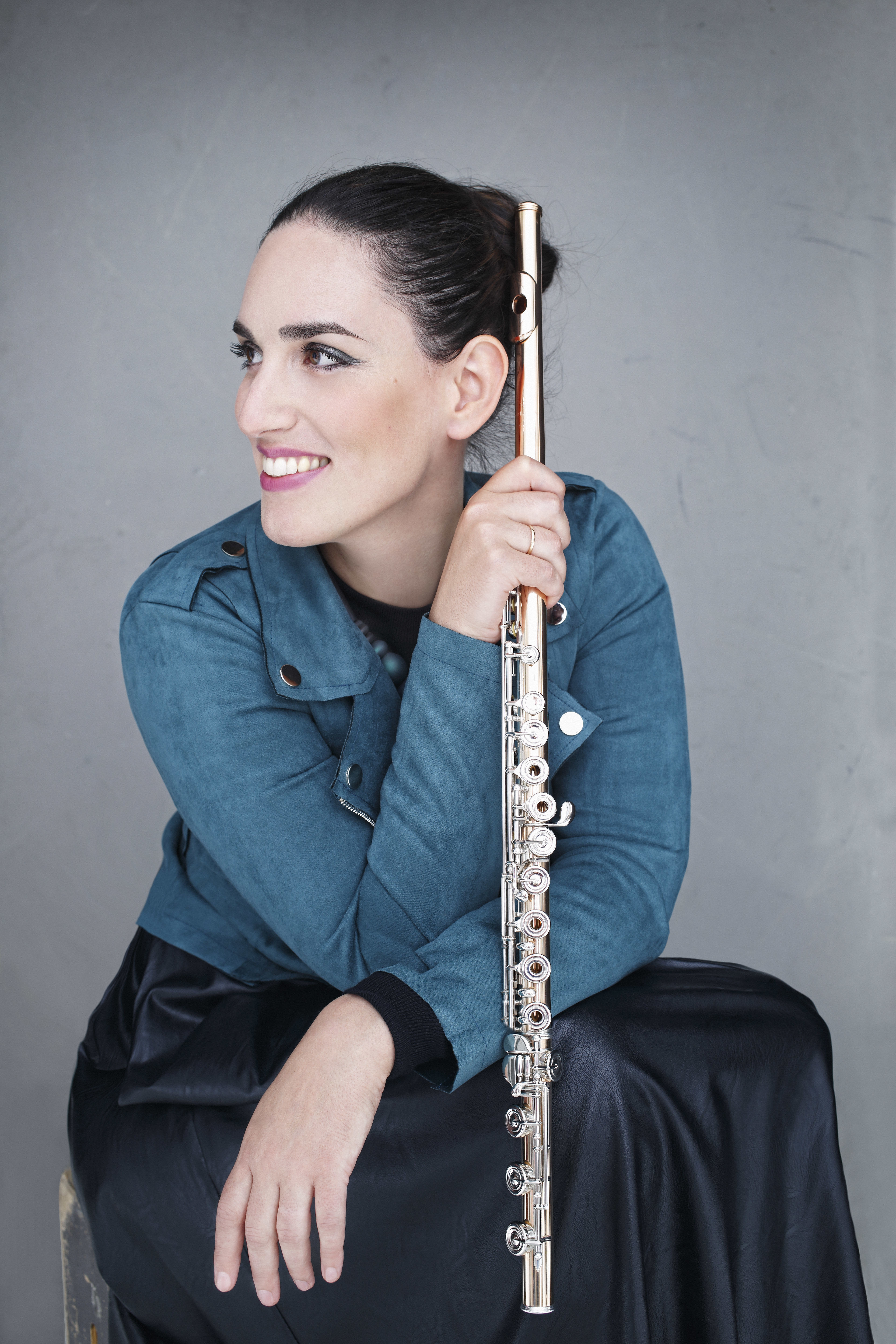 Hailed for her passionate and vibrant performances as well as the creative, elaborate interpretations which have captivated audiences worldwide, Noemi Gyori is quickly establishing a name in the classical music scene as an exceptional and versatile flutist, equally in demand as soloist, chamber musician, orchestral flutist and pedagogue, both on the modern and baroque flutes.

Noemi graduated with honours from the Liszt Academy of Music in Budapest from the class of Henrik Prőhle in 2007 and completed post-graduate studies at the University of Music and Performing Arts in Vienna with Barbara Gisler-Haase and at the Hochschule für Musik und Theater München with András Adorján. She has studied the baroque flute with Lisa Beznosiuk at the Royal Academy of Music and with Benedek Csalog in Budapest.

Noemi is the first flutist ever to be awarded a PhD in Performance Practice from the Royal Academy of Music in London, a title, which she received in 2020. Her thesis, ‘Reimagining the Flute and Guitar Duo through Musical Translations of Keyboard Works by Haydn, Mozart and Beethoven’ summarizes her research and artistic work carried out as part of her ‘Classical Flute and Guitar Project’.

Since 2008, she has been principal flute of the Jewish Chamber Orchestra Munich and has played as a guest in orchestras as the BBC Philharmonic and the Vienna Philharmonic Orchestra (at the Vienna State Opera). In 2011 Noemi was awarded the European Cultural Prize for Young Artists for her outstanding artistic achievements. In 2012, she won the Career Prize of the New York based Salon de Virtuosi Foundation. In both 2006 and 2009 she received the Performers’ Prize of the Artisjus Music Foundation in Hungary for her outstanding performances of Hungarian contemporary compositions. She has also been chosen “Annie Fischer Scholar” of the Filharmonia Budapest for three successive years, and has been an artiste of the Yehudi Menuhin Live Music Now Foundations in Vienna and Munich. Noemi gave her Carnegie Hall debut in October 2011 as a First Prize Winner of the Alexander & Buono International Flute Competition.

In 2012, Noemi was appointed „Associate Tutor in Flute‟ at the Royal Northern College of Music; becoming one of the youngest faculty members. She also serves as International Ambassador of the RNCM and leads her own flute studio at the Junior department as well as teaching flute at The University of Manchester. She has given masterclasses across three continents and was invited as an Erasmus Professor to the Grieg Academy in Bergen and served as Specialist External Examiner in Flute in 2018 at the Chetham’s School of Music.

Noemi is a Miyazawa Flutes artist. She plays a 14K gold LaFin headjoint, sponsored by the Solti Foundation and a 14K gold Miyazawa Boston flute, funded by the Philip Loubser Foundation. In Spring 2018 Noemi launched her ‘Noemi Collection’, a series of collaboratively crafted art objects created with leading designers.