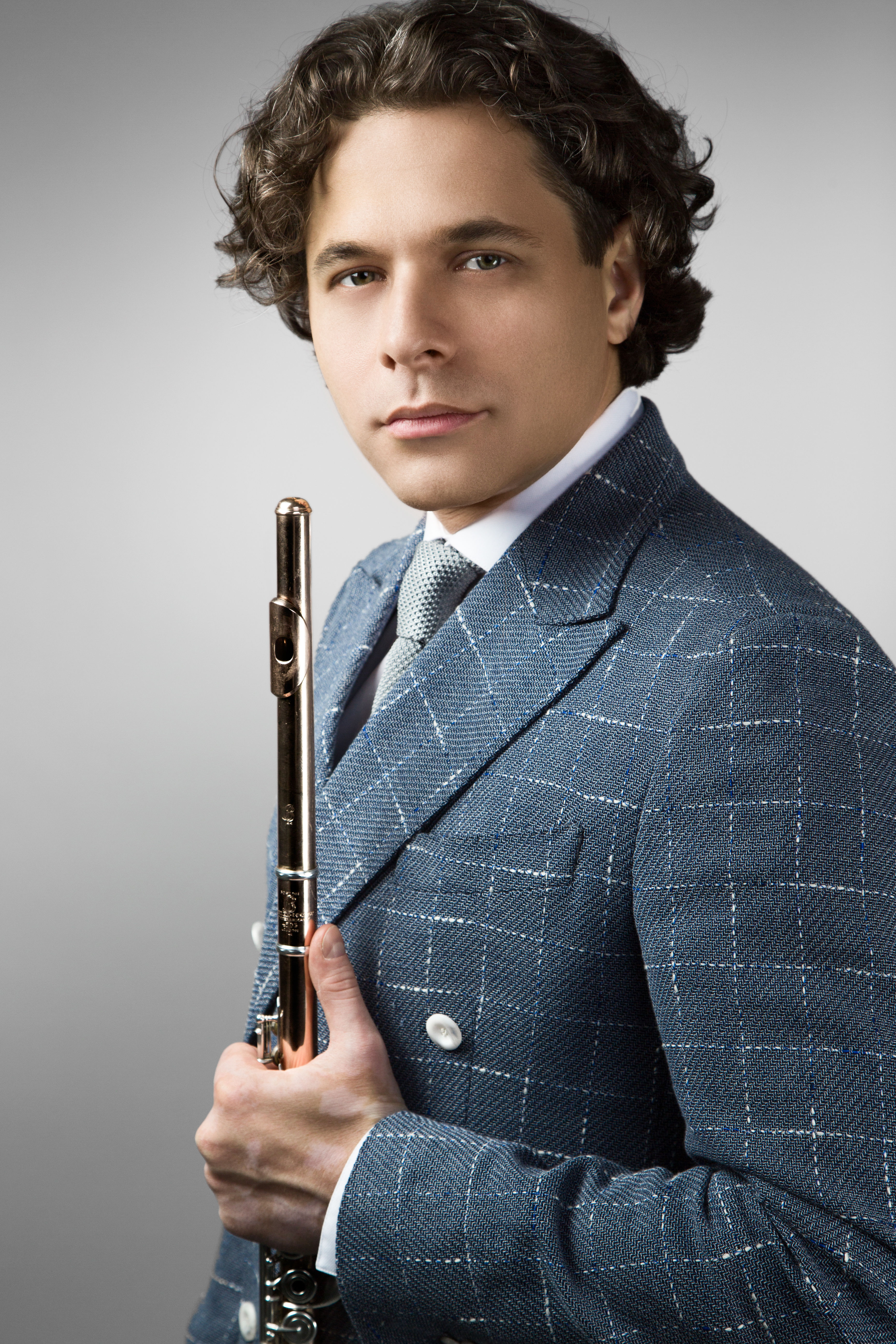 “When performing the music of  great masters and feel how  something turns out, you feel an  inner thrill, as if you rise above this reality and touch something metaphysical”.

"Maxim Rubtsov is the perfect Pied Piper. He has both the charm and excitement that a great performer  must have. With his movie star looks and charisma, and his magnificent playing and acting of the part, the  legendary piper becomes alive for all to see." (Composer John Corigliano)

“Maxim is that kind of person that can walk on every stage of the world to create a special atmosphere of  ultimate harmony right away. That’s how his music and his persona works”. (Vladimir Jurowsky)

“Maxim is very artistic person, and he’s got special attitude to every note he plays. He know how to  ‘groove’, to tell stories with his instrument, and people listen to him with bated breath”. (Teodor  Currentzis)

“Maxim Rubtsov is an amazing performer who command the audience’s attention from the moment he  walks on stage”. (Flute Talk magazine)

Internationally acclaimed virtuoso flute player Maxim Rubtsov is one of Russia’s best musical ambassadors. He is  called “miraculous,” “superb,” “absolutely impeccable” and “one of the best flutists of the Modern Age”.

His outstanding talent, a masterly manner of playing and personal charisma allows him to capture the hearts of  the audience.

Being the Principle Flute & Concertmaster of the group of flute band of Russian National Orchestra conducted by  Mikhail Pletnev, he is also the Leader and the founding member of the RNO Wind Quintet, which took top honors  in the Fifth Annual Osaka International Chamber Music Competition.

Maxim’s repertoire is vast and unique - besides the classical music, he also performs rare pieces and  arrangements, contemporary classic music, jazz compositions and improvisations. In addition, Maxim is a first  performer of a certain number of pieces written by contemporary composers. Together with the Russian National  Orchestra he has explored jazz and other genre-bending compositions, including the works of Chris Brubeck for  wind quintet and jazz quartet, as well as adaptations of Peter and the Wolf and Wolf Tracks for children. Rubtsov  has shared the stages of Europe in chamber performances with pianists Mikhail Pletnev and Francesco Schlimé.

His solo recitals and concerts as a part of the most famous orchestras took place in many of the World’s greatest  concert halls in Russia, the USA, Germany, Italy, Switzerland, China and other countries.

In 2018 Maxim made his solo debut at New York’s historic Carnegie Hall.

Participating in projects, combined different arts are in the sphere of his interests. His recent collaborations with  contemporary dance masters have included performances in Russia with Denis Boroditsky and Germaul Barnes.

Maxim is originator and producer of the educational project for children «Learning about the instruments of the  Symphonic orchestra» - «And then, everyone showed up». Composer- Andrey Rubtsov, performance – Russian  National Orchestra musicians. CD released.

Mr. Rubtsov plays unique handmade golden flute, made especially for him in Brannen Brothers Flutemakers Inc.  and that become his mascot.