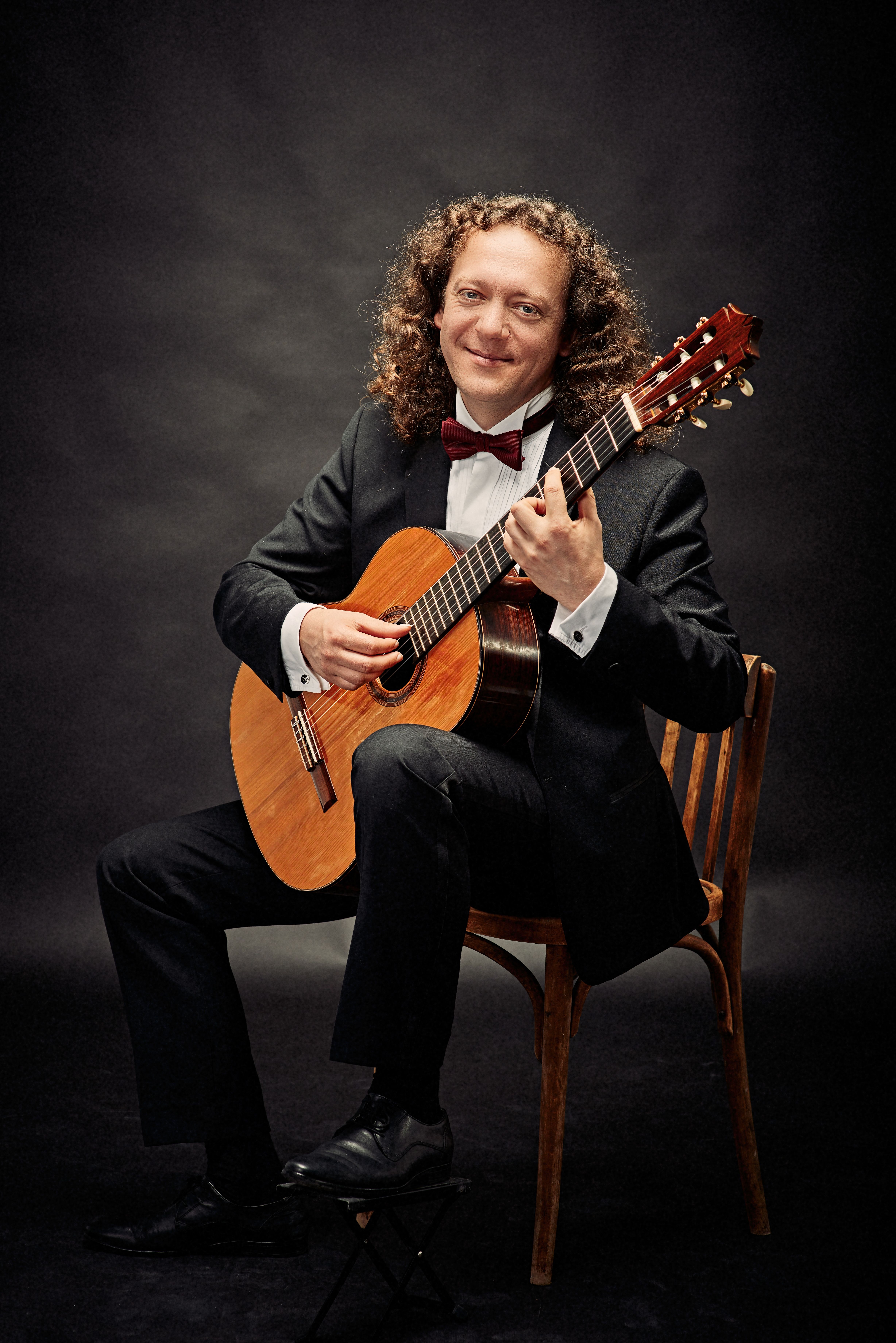 He has given concerts in Europe, Asia, North and South America in some of the most prestigious halls in the world – Tonhalle (Zurich), Bolshoi Theater in Moscow and Great Hall of Moscow Tchaikovsky Conservatory, Osaka Symphony Hall, Seoul Art Center; Palais des Beaux Arts (Brussels)…. Taking part in many festivals, Dimitri was the first solo guitarist to participate in “Orpheum Foundation for the Advancement of Young Soloists” (Switzerland) and the International Chamber Music Festival in Utrecht (Artistic Director – Janine Jansen, Holland).

Dimitri studied in Russia with the famous performer Alexander Frauchi, in Germany with Professor Andreas von Wangenheim (Hochschule für Musik Karlsruhe) and also took lessons with composer Nikita Koshkin. He is now Professor at the Russian Gnesins’s University of Music in Moscow.

Dimitri Illarionov has recorded several CDs: solo for the Naxos and Daminus labels, with orchestra for Les Editions Doberman-Yppan. His “Classical Duo” CD (Delos Records) with Boris Andrianov was on the longlist of the prestigious “GRAMMY-2004” Awards.

Composers have dedicated their works to Dimitri. Italian composer Angelo Gilardino wrote for him the Concerto "Star of the Morning" (Homage to Nikolaj Roerich) for guitar, cello and orchestra; Nikita Koshkin dedicated to Dimitri his Concerto Grosso for Guitar and Orchestra. Alexei Rybnikov (Russia) wrote for Dimitri the Suite “Travel though Time” for Guitar and Orchestra.

Blessed with the star gene

“… with such temperament, musicianship, richness of colour, radiance, sense of timing and feeling the acoustic qualities of his soft-toned instrument that the combination of all these abilities, coupled with an evident gift for entertainment, is the best expressed in one single word: wow!”

“Truly, this guitarist is a phenomenon.”
El Norte (Monterrey, México)

“Dimitri Illarionov’s concert was one of the "top five classical concerts" of 2003 in Edmonton (...) According to this standard, elegant and dramatic Angela Hewitt was a shoo-in (and a red hot number at that). Classical guitarist Dimitri Illarionov had the same kind of charisma. The chemistry between the audience and this young Russian guitarist was exceptional.”
Vue Weekly (Edmonton, Alberta, Canada)

“…he displayed a firework of virtuosity – the filigree of sounds rivaled the incredibly swift technique of fingers and ardent warmth of bursts of emotions. Only an encore performance could satisfy the storms of applause from the audience.”

Westdeutsche Zeitung (Germany)“I felt like I was struck by lightning the moment he touched the guitar. It sent chills down my spine.  I have never experienced anything like it. Incredible! Simply incredible!“
Irma Wassall (1908-2012) – Poet Laureate and founder of the Wichita Society of the Classical Guitar (USA)

“It was one of the most inspiring guitar performances I have ever heard.”
Dusan Bogdanovic – guitarist and composer. Remarks on Dimitri Illarionov's performance in Gdansk