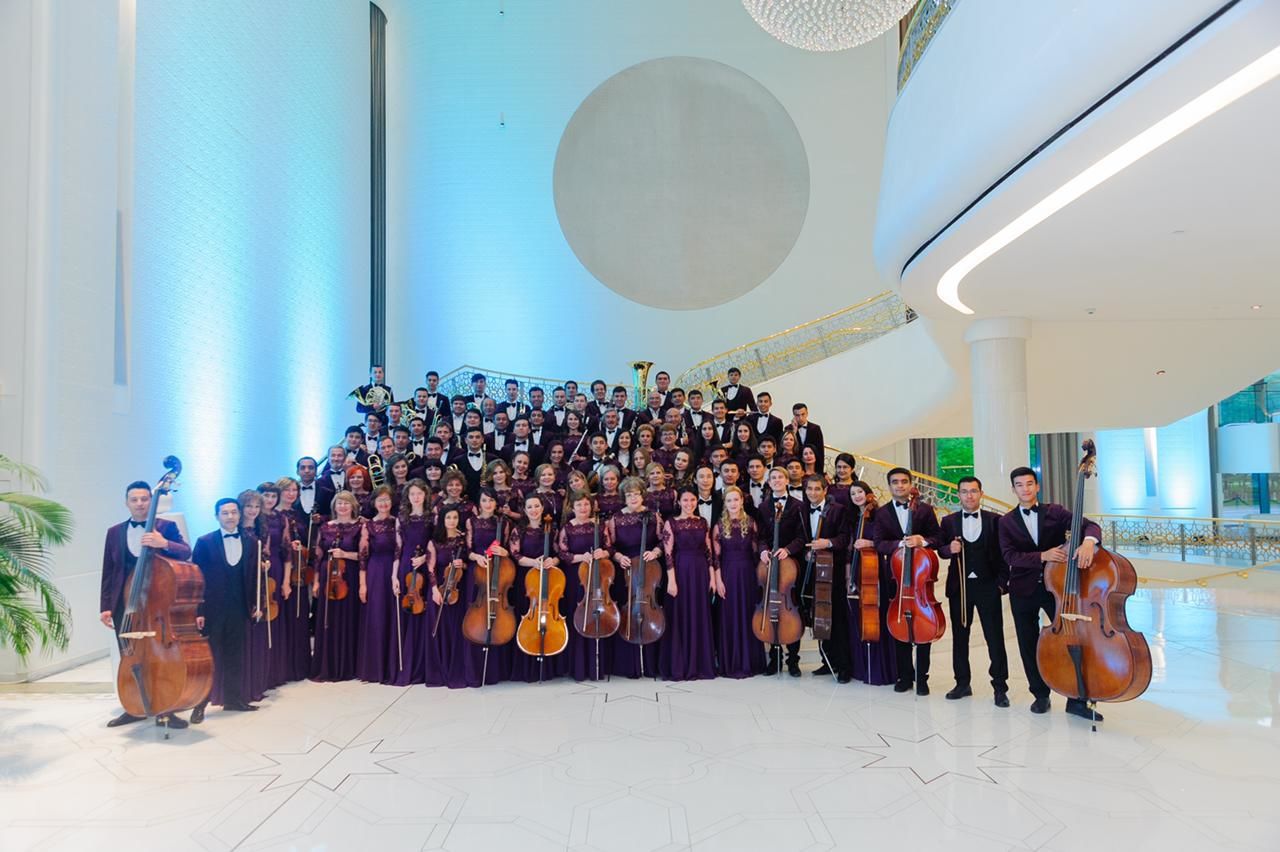 The orchestra was founded in 1937. The first conductor of the orchestra was N. Gorchakov. In 1948, A. Kozlovsky took his place. In 1956-1963, the orchestra was directed by a graduate of the Moscow Conservatory Narimon Alimov, from 1963 to 1997 - People's Artist of Uzbekistan Zakhid Khaknazarov.

The main task of the orchestra is to perform symphonic works by Uzbek composers. At the same time, the collective's repertoire also includes works by composers from other countries.

It should be noted the special contribution of Alexey Kozlovsky, Mardon Nasimov, Nabi Khalilov, Kuvonch Usmonov and Zokhid Khaknazarov to the formation and creative activity of the orchestra.

In 1967 the orchestra toured in the republics of the former Soviet Union, in 1968 it won the competition for symphony orchestras of the Union republics.

In 1986, the National Symphony Orchestra was awarded the title of "Honored collective of the Republic of Uzbekistan".

In 1998, People's Artist of Uzbekistan Ismoil Jalilov was appointed artistic director of the orchestra, and composer Anvar Ergashev was appointed principal conductor.

In November 1998 the National Symphony Orchestra performed a concert dedicated to the 100th anniversary of George Gershwin, in which US soloists D. Washington (baritone) and D. Fergunes (piano) took part. The concerts organized by the US Embassy in Uzbekistan have become an important event in the cultural life of Uzbekistan.

The National Symphony Orchestra has 101 employees, 89 of them are musicians. Artistic director of the orchestra is People's Artist of Uzbekistan Ismoil Jalilov, conductor - Alibek Kabdurakhmanov (since 2018).