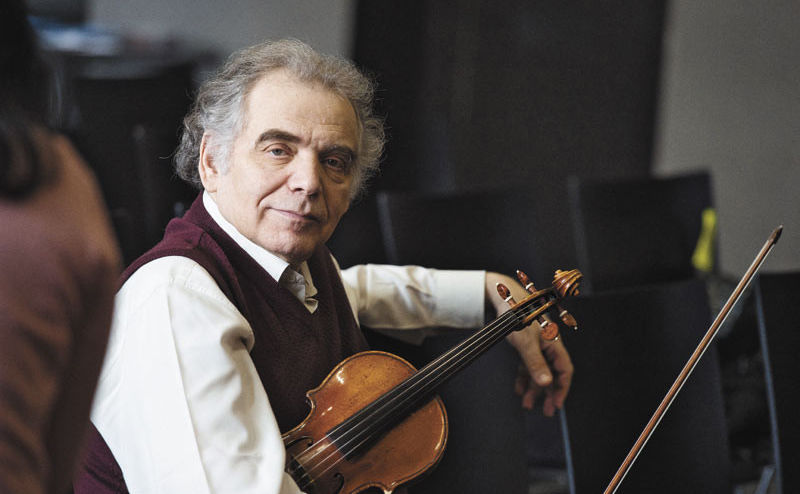 Zakhar Bron is a virtuoso violinist, who is famous above all for his teaching method. His whole life is dedicated to the training of the next generation of concert violinists. His reputation as an outstanding violin teacher became established when his students Vadim Repin, Maxim Vengerov and Daniel Hope became famous around the world.

Zakhar Bron started his violin studies at the Stolyarsky School in Odessa, then continued at the Gnessin Music College in Moscow with Boris Goldstein and at Moscow Conservatory with Igor Oistrakh, for whom Zakhar Bron also worked as an assistant. Upon completion of his studies Zakhar Bron performed as a soloist and started teaching. From 1974 until 1988 he worked at the Novosibirsk Conservatory. In 1988 Zakhar Bron moved to Germany and since then has been teaching in various musical institutions across Europe, including the Zurich University of the Arts.

Apart from teaching Zakhar Bron appears frequently as a soloist and has recorded and released many CDs and DVDs. For his outstanding work Zakhar Bron has been awarded the highest honors in Russia, Germany and Spain: in 1998 he received the Verdienstkreuz am Bande der Bundesrepublik Deutschland, in 2001 became a People's Artist of Russia, and in 2006 received La Orden Civil de Alfonso X el Sabio in Spain.

Zakhar Bron has been a prize winner at the world's most prestigious competitions, including the Queen Elisabeth Competition in Brussels and the Henryk Wieniawski Violin Competition in Poznan.

Today, Prof. Zakhar Bron teaches at the conservatories of music in Zurich, Switzerland (ZHdK), Cologne, Germany, and at the Escuela Superior de Música Reina Sofía in Madrid, Spain. He teaches master classes in the United States, in South America, Asia and Europe, and since 2010 has been involved in various new developments at the Interlaken Classics Festival in Interlaken, Switzerland. He travels the globe, performing as a soloist on the world's greatest stages and working as a juror for many international competitions.