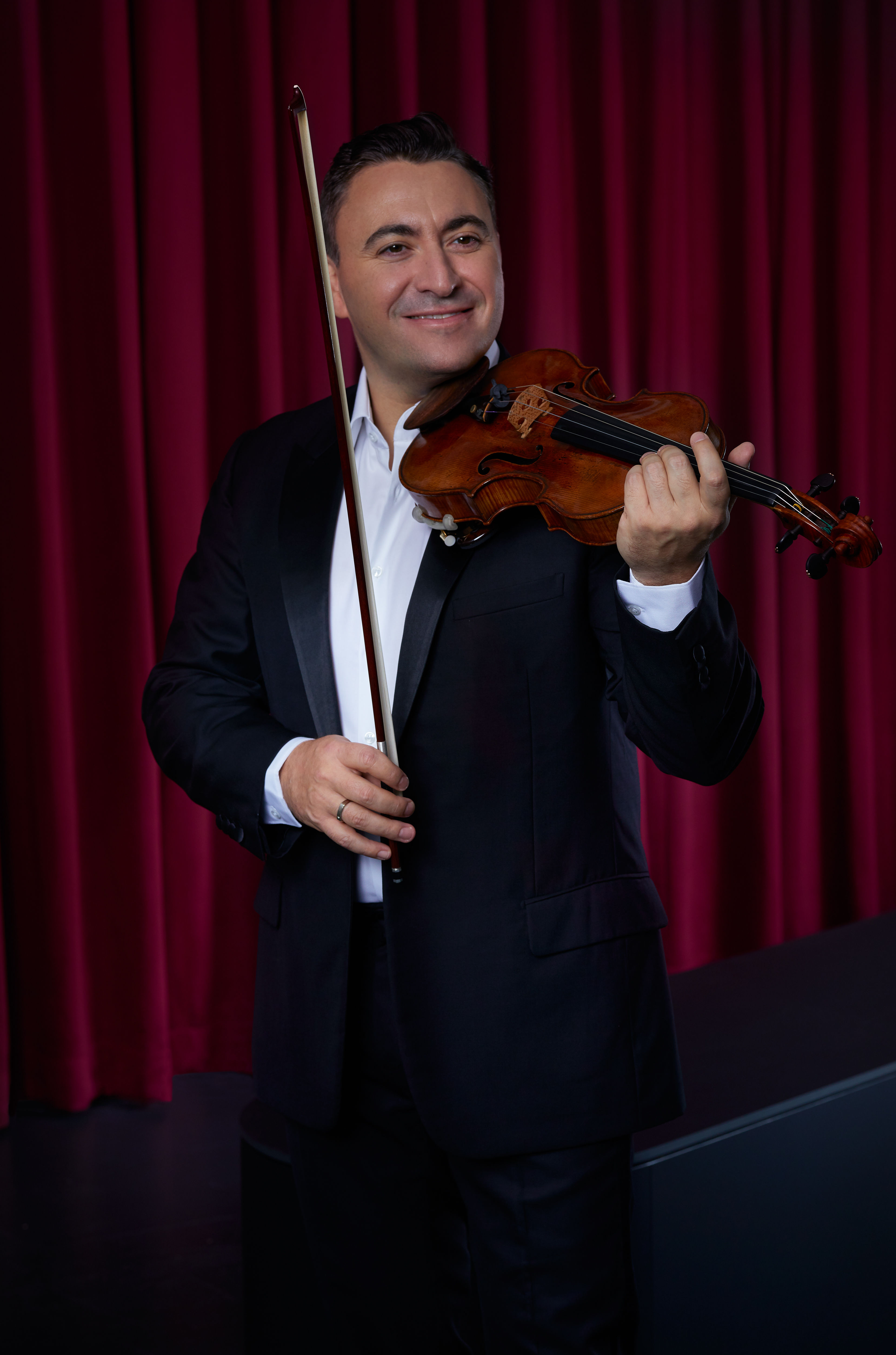 Universally hailed as one of the world’s finest musicians, and often referred to as the greatest living string player in the world today, Grammy award winner Maxim Vengerov also enjoys international acclaim as a conductor and is one of the most in-demand soloists.

Born in 1974, he began his career as a solo violinist at the age of five, won the Wieniawski and Carl Flesch international competitions at ages 10 and 15 respectively, studied with Galina Tourchaninova and Zakhar Bron, made his first recording at the age of 10, and went on to record extensively for high-profile labels including Melodia, Teldec and EMI, earning among others, Grammy and Gramophone artist of the year awards.

In 2007 he followed in the footsteps of his mentor, the late Mstislav Rostropovich, and turned his attention to conducting and in 2010 was appointed the first chief conductor of the Gstaad Festival Orchestra. June 2014 saw Mr Vengerov graduate with a Diploma of Excellence from the Moscow Institute of Ippolitov-Ivanov with professor Yuri Simonov and he has since finished a further 2-year program of opera conducting.

Highlights of 18/19 saw Mr Vengerov opening the season of the Orchestra Filarmonica della Scala with Maestro Chailly, a Residence with Monte Carlo Philharmonic and the Philharmonie in Paris.

In January of this year, Maxim Vengerov became Classic FM’s first solo Artist in Residence, appointed for 2020, and he joined IDAGIO, the worlds leading classical music streaming service to become their Ambassador and to exclusively release his newest recordings. The first album is now available to IDAGIO listeners worldwide, featuring a new recording of Tchaikovsky's Violin Concerto with conductor Myung-Whun Chung and the Orchestre Philharmonique de Radio France, coupled with works by Saint-Säens and Ravel. A second release, featuring a live recital from Carnegie Hall is now also available.  Further recordings will follow to coincide with Maxim Vengerov’s celebration of 40 years on stage at the Royal Albert Hall, originally planned for June 12, but now rescheduled to April 20, 2021. He will be joined by his colleagues Misha Maiski, Martha Argerich, the Oxford Philharmonic with its Music Director Marios Papadopoulos and students from the Royal College of Music London.

As one of Mr Vengerov’s greatest passions is the teaching and encouraging of young talent, he has held various teaching positions around the world. He currently holds the Stephan and Viktoria Schmidheiny Stiftungsprofessor at the Mozarteum University Salzburg and since September 2016 he is also the Polonsky Visiting Professor of Violin at the Royal College of Music in London

Mr Vengerov has been profiled in a series of documentaries, including Playing by Heart, which was recorded by Channel Four Television and screened at the Cannes Television Festival in 1999, and Living the Dream, which was released worldwide and received the Gramophone Award for Best Documentary in 2008.