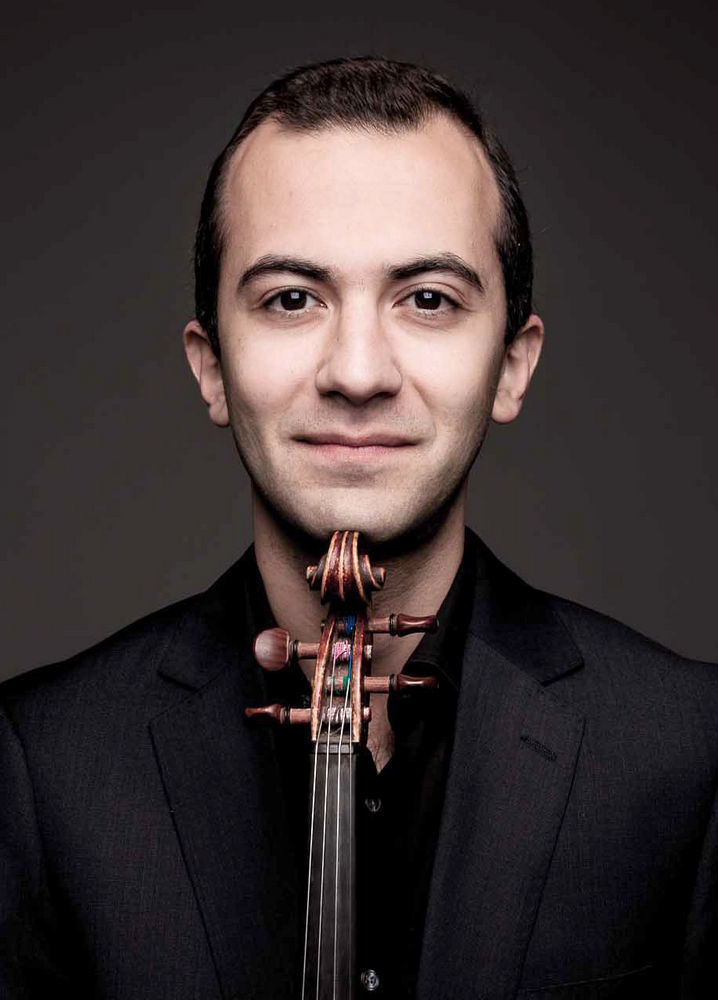 He has performed in many great halls in the world, including ‘Carnegie hall’(Stern Auditorium and Weill Hall) in New-York, Berlin Philharmonic Hall, in Great, Small and Rakhmaninov halls of Moscow conservatory, in Tchaikovsky hall(Moscow), Victoria hall in Geneve, Barbican hall and Wigmore hall in London, Usher hall in Edinburgh, Royal Concert Hall in Glasgow, etc.

Haik has been a performer in many festivals like ‘Festival de musique’ of  Sh. Mintz,(Switzerland), festival in Verbier, ‘Arts square’ of Yu. Temirkanov (S.-Petersburg), "Crescendo" of D. Matsuev, ‘Moscow Kremlin , Primavera Classica’(Moscow), Tongyeong International Music Festival(South Korea) and others.

His concerts have been broadcasted on TV channels 'Culture'(Moscow), Mezzo, Brusselles TV, Polskie Radio(Poland), BBC radio in London and others.

Has studied at Sayat-Nova Music school in Yerevan with professor Levon Zoryan.

Then Haik studied with professor E.D.Grach and chamber music class with Alexander Bonduriansky in Moscow from 1996 to 2000 in Gnessin music school, from 2000-2006 in Moscow Conservatory.

From 2006-2008 he studied with professor Itzhak Rashkovsky and chamber music with  Levon Chilingirian at Royal College of Music in London.

In 1993-1995 won several republic competitions, also won ‘Grand-Prix’ at ‘Amadeus-95’ competition and after that has been invited to Belgium and France for recitals.

In 1997 has taken part in the international competition of violinists in Germany(in the castle ‘Kloster Shontal’) and has received II prize and special prize for masterly performance.

In 1999 at the 2-nd international competition named after A.Yampolsky has won II prize.

In 2000 at the All-Russia competition ‘New names’ with a piano trio has received ‘Grand Prix’.

In 2001 at the XII international H.Wieniawski competition in Poland has received III prize and special prize for the best performance of polonaise by Wieniawski.

In 2002 he became the laureate of XII international P.I.Tchaikovsky competition, IV prize and 3 special prizes. A prizes – from TV channel ‘Culture’, from the Moscow State Conservatory and from the foundation ‘New Names’

In 2004 at the International violin competition in Sion-Valais(Switzerland) Haik received 1st prize  and prize of ‘Children jury’ and also public prize.

In 2005 he received 3rd prize and public prize in Paris at ‘M.Long- J.Thibaud’ competition.

In 2010 CD album with Opera Fantasies has been released on 'Delos' label.

In 2017 a new album with 3 Grieg violin sonatas was released, with pianist Philipp Kopachevsky.

Recently, in 2015 won a bronze medal at Tchaikovsky International Competition in Moscow.

He had masterclasses with Shlom Mintz, Ida Haendel, Pamela Frank, Boris Kuschnir and others.

Since 2002 he is a soloist of Moscow Philharmonic Society. He teaches violin at Moscow Conservatory.