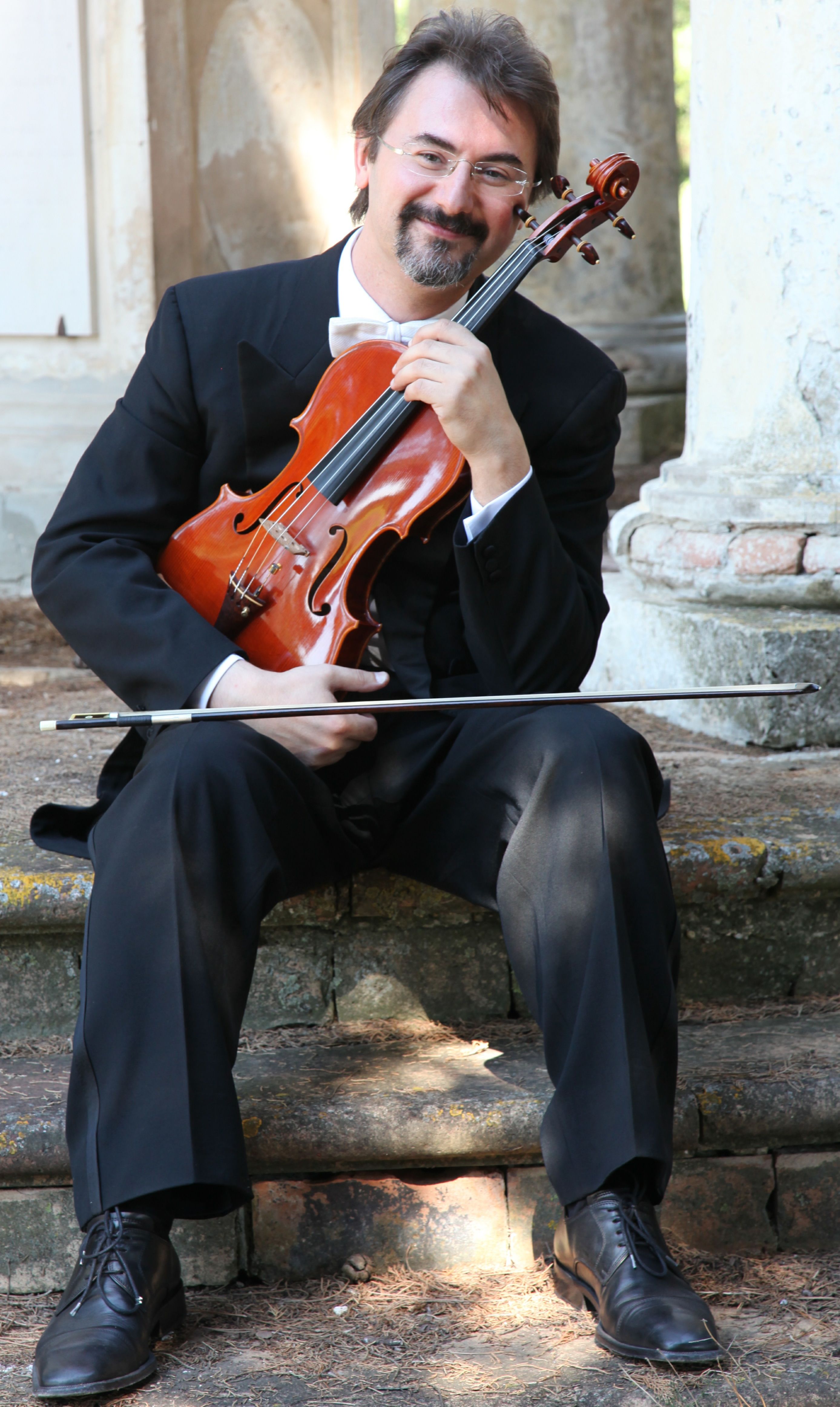 Born in Palermo, he graduated with Honors in Viola and Honorable Mention in Chamber Music at  the Conservatorium “Santa Cecilia” in Roma respectfully with M° Massimo Paris and the M° Roberto  Galletto.

He started his studies with M° Renato D’Anna in the Conservatorium of his city and graduated in the  Conservatorium “G.B. Martini” of Bologna with M° Antonello Farulli.

He obtained the “Bachelor” in Viola Classic at the Maastricht Royal Conservatoire with M°  Michael Kugel of whom he will be his assistant at a series of masterclasses in Italy.   He obtained the Superior Graduate in Viola and Chamber Music at the Santa Cecilia International  Academy in Rome with M° Massimo Paris and M° Carlo Fabiano.

He served as Principal Viola in many orchestras, including the “Orchestra Sinfonica di  Roma” (from 2003 to 2007), the Orchestra “Giuseppe Verdi” in Milan, Turin Philharmonic  Orchestra, the “Orchestra del Teatro Lirico” in Spoleto, the “Scarlatti Orchestra” of Naples, to name  a few...

From 2003 to 2007 he was Professor of Viola at the International Academy of Music "Arts  Academy" in Rome and in 2011 at the “Municipal School of Art” in Rome.   In October 2005 was invited to give a Viola masterclass at the National Theatre of Brasilia and in  2010 in Roosevelt University of Chicago.

He was Professor of Chamber Music at the Superior Music University "Arturo Toscanini" by  Ribera (Agrigento - Italy), at the State Conservatorium of Bari, Fermo, Palermo and actually is  Professor of Chamber Music at the state Conservatory “Gioacchino Rossini” of Pesaro.   Since 2007 he has been a member of Bottesini Quintet which makes recordings and tournee around the  world.