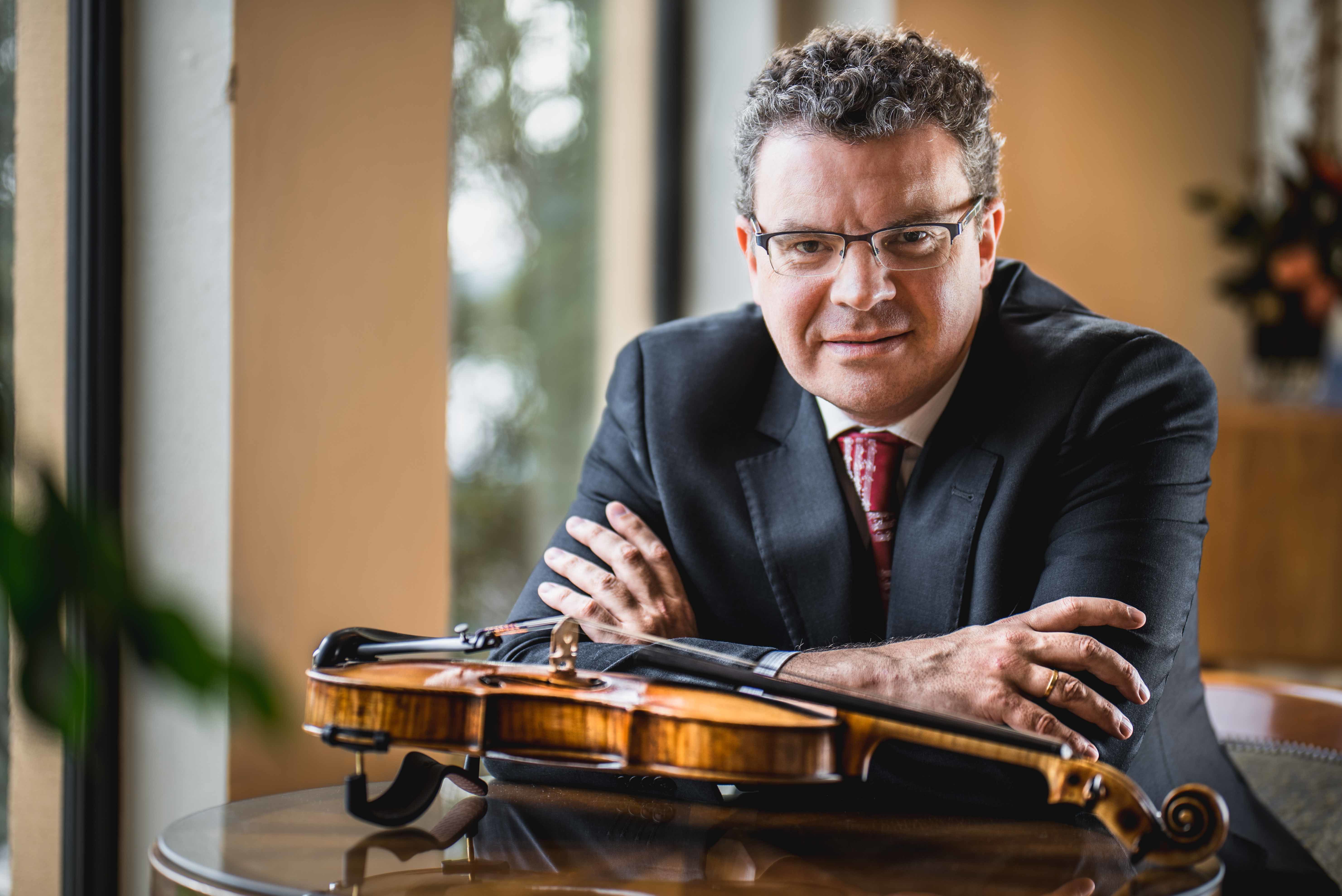 Emmanuele Baldini was born in Trieste, Italy, into a musical family.

After studies in his hometown with Bruno Polli, he furthered his violin training in Geneva, Salzburg and Berlin, most recently studying conducting with Isaac Karabtchevsky and Frank Shipway.

From an early age, Baldini garnered prizes from countless international competitions, and has performed as a soloist or recitalist across the globe.

Following a highly successful career as a violinist, Baldini has embarked on new musical ventures as a conductor. He founded the Orquestra Sinfônica do Estado de São Paulo (OSESP) Quartet, and has collaborated with internationally renowned artists such as Maria João Pires, Antonio Meneses, Emmanuel Pahud, Antoine Tamestit, Jean-Philippe Collard and Jean-Efflam Bavouzet among others.

From 2017 to 2020 he was the musical director of the Orquesta de Cámara de Valdivia in Chile. Emmanuele Baldini lives in São Paulo, Brazil, with his wife and his daughter Lavinia.