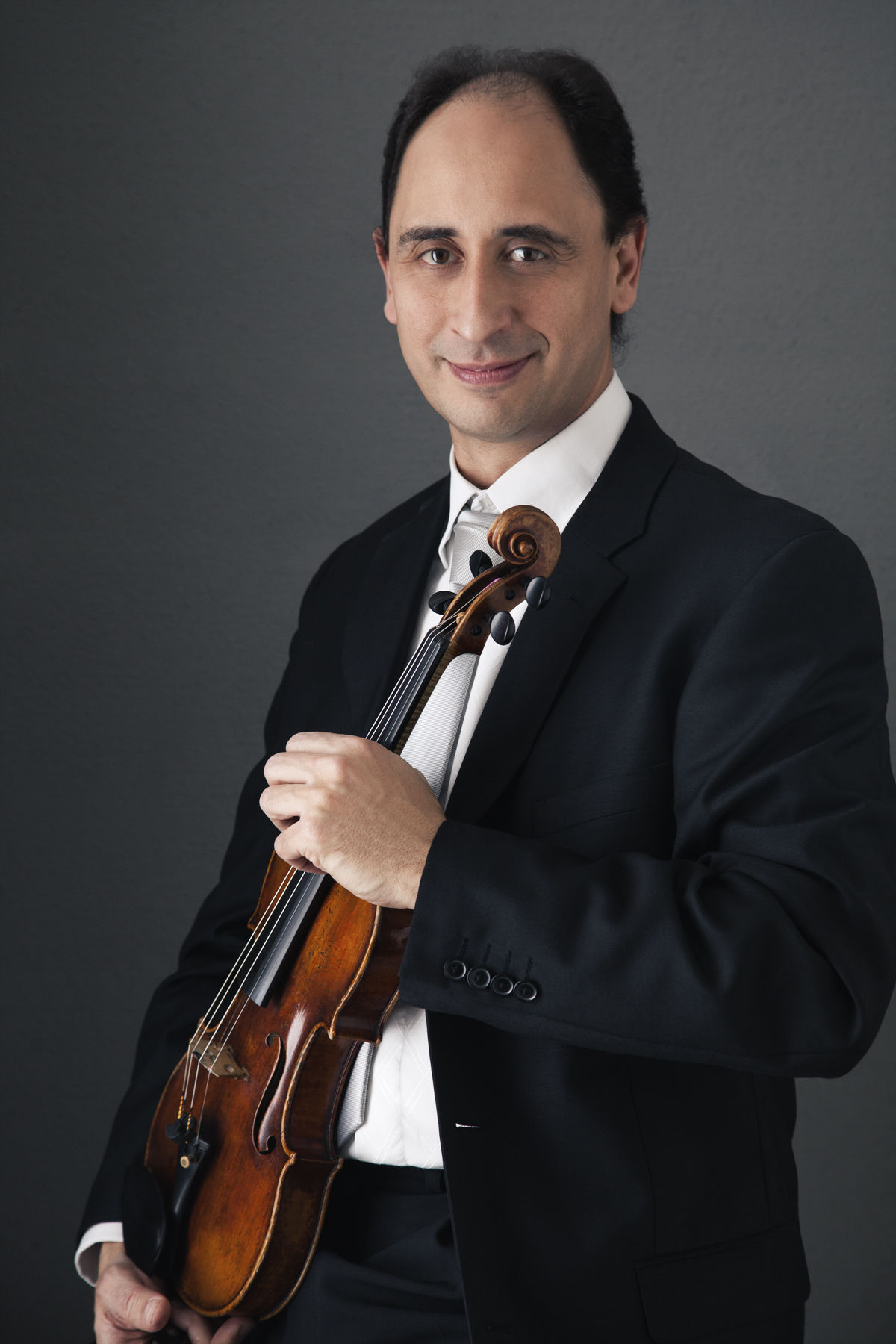 Carmine Lauri started playing the violin at the age of four and further his studies at the Royal Academy of Music in London with Maurice Hasson.

Lauri has performed extensively worldwide including performances in the presence of various Heads of State. He is the Co-Leader (and leader) of the London Symphony Orchestra for the past 19 years, the Concertmaster of the Oxford Philharmonic and Guest Leader of the Malta Philharmonic Orchestra. He has also guest lead and guest leads various orchestras including the Academy of St Martin in the Fields, the Orchestra of the Royal Opera House Covent Garden, the London Philharmonic, the Rotterdam Philharmonic, the City of Birmingham Symphony and the Bournemouth Symphony Orchestras, Manchester Camerata and the Hong Kong Philharmonic Orchestra under distinguished conductors such as Lorin Maazel, Bernard Haitink, Sir Colin Davis, Sir Simon Rattle, Sir Antonio Pappano, Vladimir Ashkenazy, Riccardo Chailly, Gianandrea Noseda, Yuri Temirkanov, Valery Gergiev and many others.

Carmine regularly leads the LSO in concerts and has lead the orchestra in numerous recordings including also music scores of movies such as  Star Wars, Harry Potter, The Queen, The King’s Speech, The Danish Girl, Suffragette, Shape of Water (just to name a few)  and is often the featured violin soloist in many films such as ‘As you like it’ and ‘Joyeux Nöel’.

Carmine has performed concertos with many international orchestras including the LSO, LPO, the Czech Philharmonic and Czech State Phil of Brno, the Oxford Philharmonic, the Orquesta Municipal de Caracas, the MPO, The Armenian State Symphony Orchestra (ASSO), the Guanajuato Symphony in Mexico and others. He has also premiered two violin concertos with the LSO. Carmine was made an Associate and  Fellow of the Royal Academy (ARAM, FRAM) for his achievements in his career and his talents were acknowledged by his country which bestowed upon him the National Order of Merit – M.O.M. (F’Ġieh ir-Repubblika) and is also recipient of the 2015 Gold medal for the Arts. He is a visiting professor of the Royal Academy of Music and gives masterclasses and coaches young students in orchestral sectional rehearsals and solo performances and repertoire on a regular basis.

In 2015 Carmine performed with and directed the Baltic Neopolis Orchestra as part of their Great Concertmaster series in Poland and give a recital at the Frankfurt Oper as part of the Malta Culture celebrations in Germany. In April 2018 he made his debut as soloist with the Armenian State Symphony Orchestra performing Wieniawski’s 1st Violin Concerto and in July 2018 he performed the Glazunov violin concerto with the Malta Philharmonic in the closing concert of  the Victoria Arts Festival. In October 2018 he was the soloist with the London Symphony Orchestra performing Sarasate’s Zigeunerweisen in an open air concert in Hanoi, Vietnam and was also the soloist in John Williams’s Schindler’s List in a concert with the LSO, celebrating the life of the composer himself in a special unique performance at the Royal Albert Hall in London.

Other recent solo performances have included the Korngold Violin Concerto with both the Oxford Philharmonic in UK and the Armenian State Symphony Orchestra (ASSO)  in Yerevan, Armenia, the Glazunov Violin Concerto with both the Guanajuato Symphony Orchestra in Mexico and the Oxford Philharmonic in 2019, conducted by Roberto Beltran Zavala and Sir Antonio Pappano respectively and various solo performances in collaboration with artists that include Victoria Mullova, Simon Trypceski, Nikolai Znaider, Nicola Benedetti, Cedric Tiberghian and the world top gypsy violinist Roby Lakatos.

Carmine plays a violin made by Nicholas Lupot  made in ca 1780 and through a long-term partnership with J & A Beare’s of London Carmine performs regularly on a range of Stradivari violins kindly loaned to him for various solo performances, violins that have included the “Kortshak ex-Joachim” 1698, “Piatti 1717”, “Circle”, “Vieuxtemps-Hauser 1710”, “Debrouque 1727” and the “Schneiderhan 1715” Stradivari.