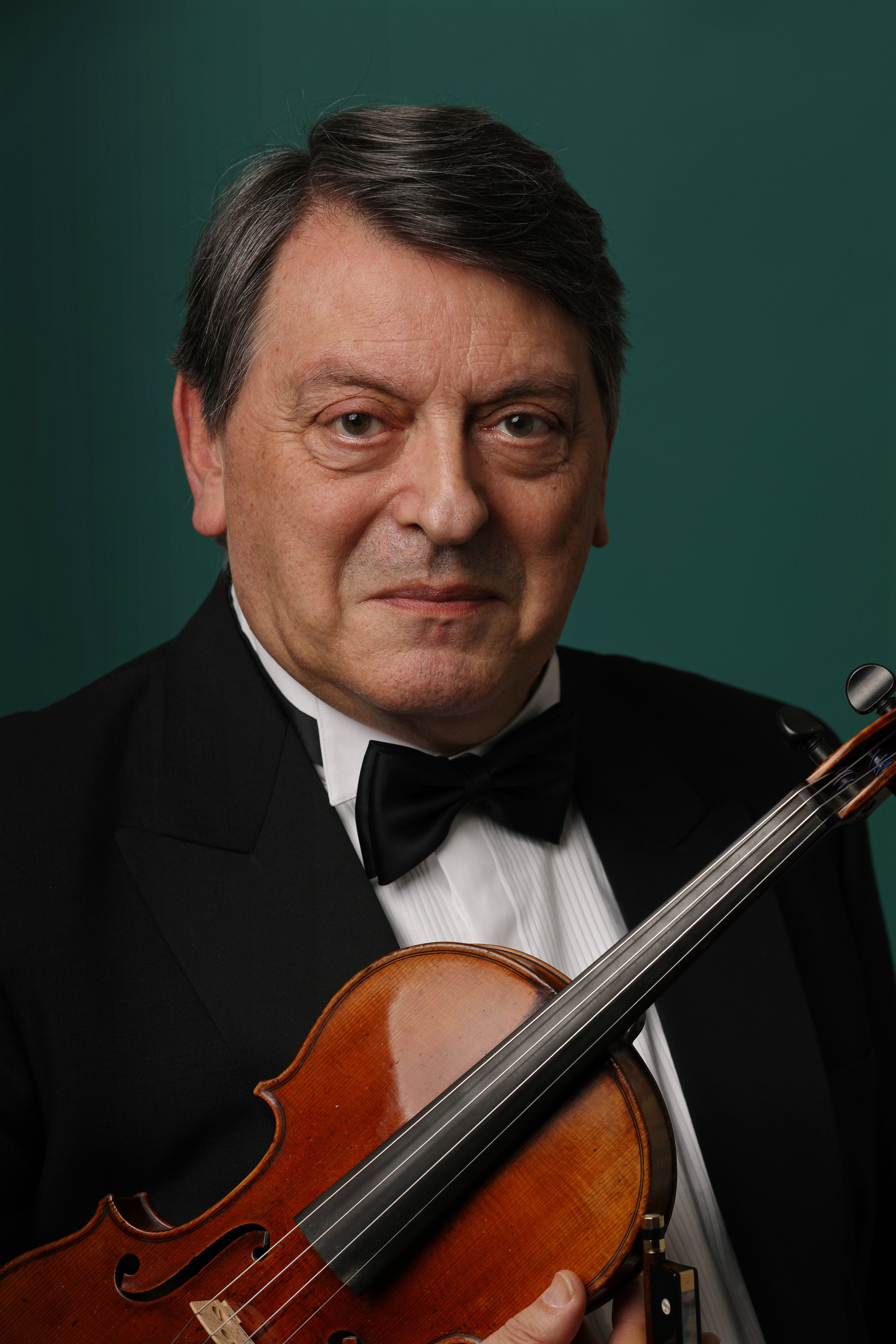 Born in Paris, Galpérine studied at the Conservatoire de Paris and  the Juilliard School in New-York. His principal masters were Roland  Charmy, Ivan Galamian and Henryk Szeryng. He was laureate of the "Carl  Flesch" (London) and "Paganini" (Genoa) competitions and First Prize in  the Belgrade Competition. He was awarded the Winner of the SACEM  Georges Enesco prize. He also holds a degree in philosophy from the  Sorbonne.

As a chamber musician, he performed at the Library of Congress Summer  Festival of Washington DC Musicades de Lyon,[5] the Festival des  Arcs [fr], the Nancyphonies [fr], at the Asolo, Siena and Cremona festivals,  and in the Radio France concert series. He is a founding member of the  American Chamber Player]an ensemble that was in residence at the  Library of Congress during ten years. He has given hundreds of concerts  for chamber music societies in the United States and Canada. In France,  he is a permanent guest artist of the Ensemble Stanislas de Nancy.

Galperine also worked for the cinema, and composed some pieces for the  theater. ( He worked with Coline Serreau, Benno Besson, Manuel  Poirier…).

An academic at the Conservatoire de Paris (violin and pedagogy) and  the American Conservatory of Fontainebleau, he sits on the juries of  international competitions (president of the Ginette Neveu competition in  2013) and gives masterclasses in France and abroad. He was notably  invited at the Indiana University Bloomington.

Galpérine is the author of books and musicological articles. ]In 2017, he  was appointed President of the Rencontres Musicales du Plateau d'Assy. He is a member of the editorial board of "La Revue du Conservatoire",  president of the Association française des violonistes"(L'Amirésol"),  President of the French Division the European String Teachers  Association, and director of the violin collection of Éditions Delatour France.