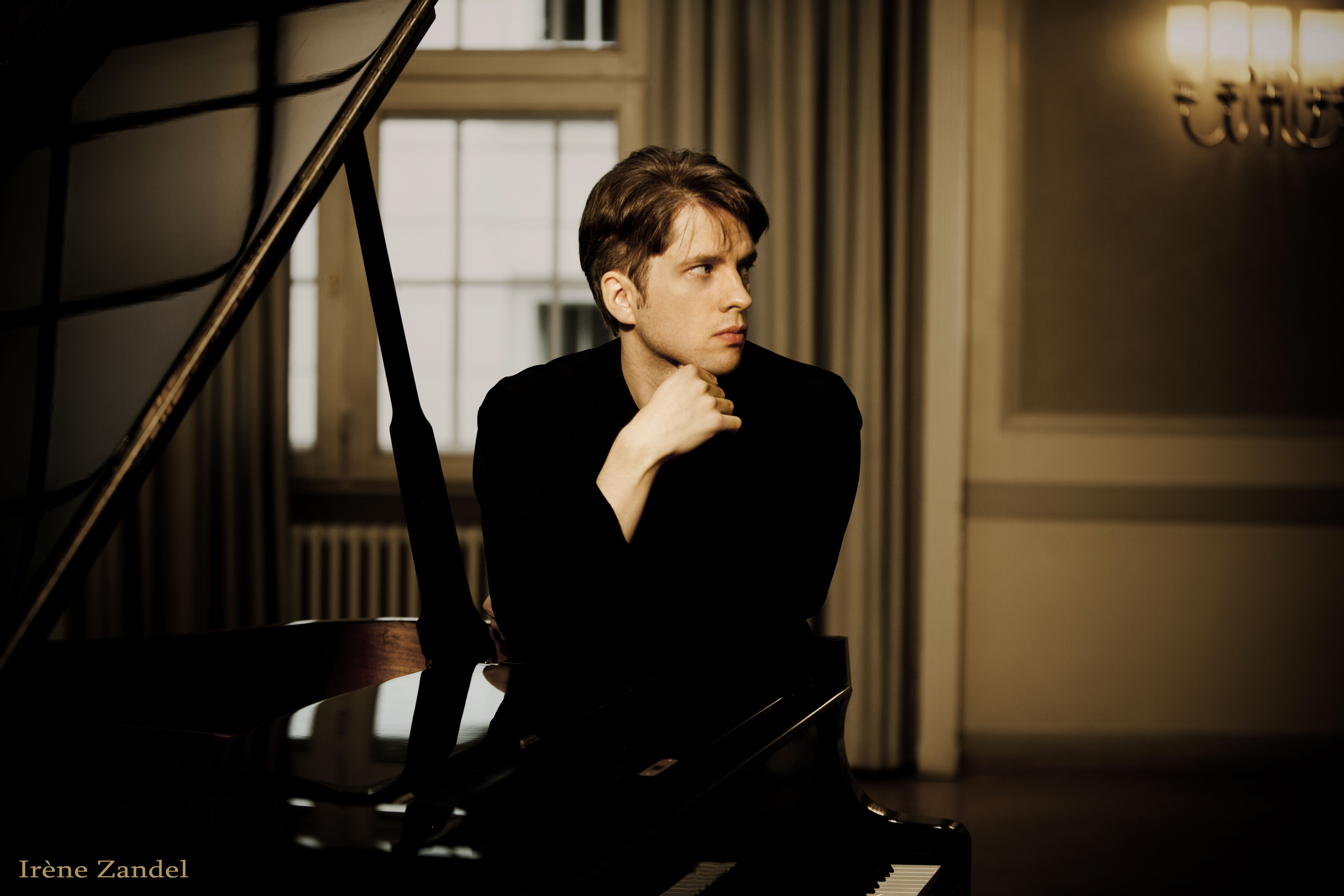 Severin von Eckardstein, one of the leading German pianists of his generation, has an already lengthy record of solo concerts and concerto performances on major stages around the world.

He has delighted the public with many highly acclaimed concerts, for example in Berlin, Munich, Milan, Moscow, Madrid, London, Paris, New York, Amsterdam, Budapest, Hong Kong, Tokyo and Seoul. His talent could be enjoyed at great music festivals, including Klavier-Festival Ruhr, Aldeburgh / UK, the Gilmore Festival in Michigan / USA, La Roque d’Anthéron / France, Schleswig-Holstein Music Festival, Husum Festival (“Raritäten der Klaviermusik”) and the Miami International Piano Festival, where he played the opening concert in 2009. He has performed with conductors such as Valery Gergiev, Philippe Herreweghe, Lothar Zagrosek and Marek Janowski, and made important debuts, among others in 2007 with the Royal Concertgebouw Orchestra under Paavo Järvi, the Dallas Symphony Orchestra conducted by Jaap van Zweden in 2012 and the Hungarian National Philharmony under Zsolt Hamar in 2017.

In 2018 he made his debut at the Thompson Art Center in New York with two different recitals.

Many of Von Eckardstein’s concerts have been recorded and broadcasted by major broadcasting corporations. As a frequent guest of the concert series “Meesterpianisten” at Concertgebouw Amsterdam, von Eckardstein opened the gala concert celebrating the series’ 25th anniversary in 2012. In 2020 he was reinvited to this extraordinary series for the 8th time.

Born in Duesseldorf, Germany, in 1978, the pianist won prizes at numerous noteworthy international competitions, e.g. “Ferruccio Busoni” in Bozen (1998), the “Leeds International Piano Competition” (2000), “José Iturbi” in Valencia (2002), the ARD-Competition in Munich (1999) and was awarded first prize at the “Concours Reine Elisabeth” in Brussels (2003).

On several occasions he has been awarded special prizes for the “Best Interpretation of Contemporary Music.”

Several foundations and societies, including the Mozart Society and the highly regarded German National Merit Foundation, have honored him with scholarships. In 2002 he received the “European Culture Prize” and in 2003 the “Echo Classic Prize.”

Von Eckardstein’s education in the musical arts was predominately shaped by his teachers Prof. Barbara Szczepanska, Prof. Karl-Heinz Kämmerling and Prof. Klaus Hellwig, University of Arts, Berlin, where he also successfully completed his concert exams. In an additional course of study at the International Piano Academy Lake Como, Italy, he profited from further instruction and inspiration. He took private lessons from teachers such as Alfred Brendel and participated in master classes instructed by Vitalij Margulis, Karl Ulrich Schnabel, Alicia de Larrocha, Leon Fleisher and Menahem Pressler, to name only a few. He himself has been serving as master class instructor on many occasions, among others in South Korea, Finland, Belgium and at the “UdK”, Berlin.

Chamber music also plays a significant role in his repertoire with performances at festivals such as the Kuhmo Chamber Music Festival, Finland, and the Risør Chamber Music Festival, Norway, where he appeared with the cellist Heinrich Schiff. He has often given concerts with young but highly renowned musicians, for example Andrej Bielov, Barnabasz Kelemen, Franziska Hölscher, Judith Ermert, Danjulo Ishizaka and Nicolas Altstaedt.

In 2015 he founded the chamber concert series “Klangbrücken” at Konzerthaus Berlin together with violinist Franziska Hölscher.

Von Eckardstein‘s comprehensive repertoire spans the baroque period up through music of the 21st century. As such, he has premiered the works of modern-day composers, in particular the American Sidney Corbett. One of his special focuses is the demanding late romantic piano music of less known composers, especially Nicolai Medtner.

CD recordings with compositions by Medtner, Scriabin, Wagner, Schubert, Schumann, Debussy and others aroused great interest.  His latest album of Dupont´s cycle “La maison dans les dunes” was awarded with “Diapason d´Or”. Another recording of sonatas by Prokofiev is presently under preparation.