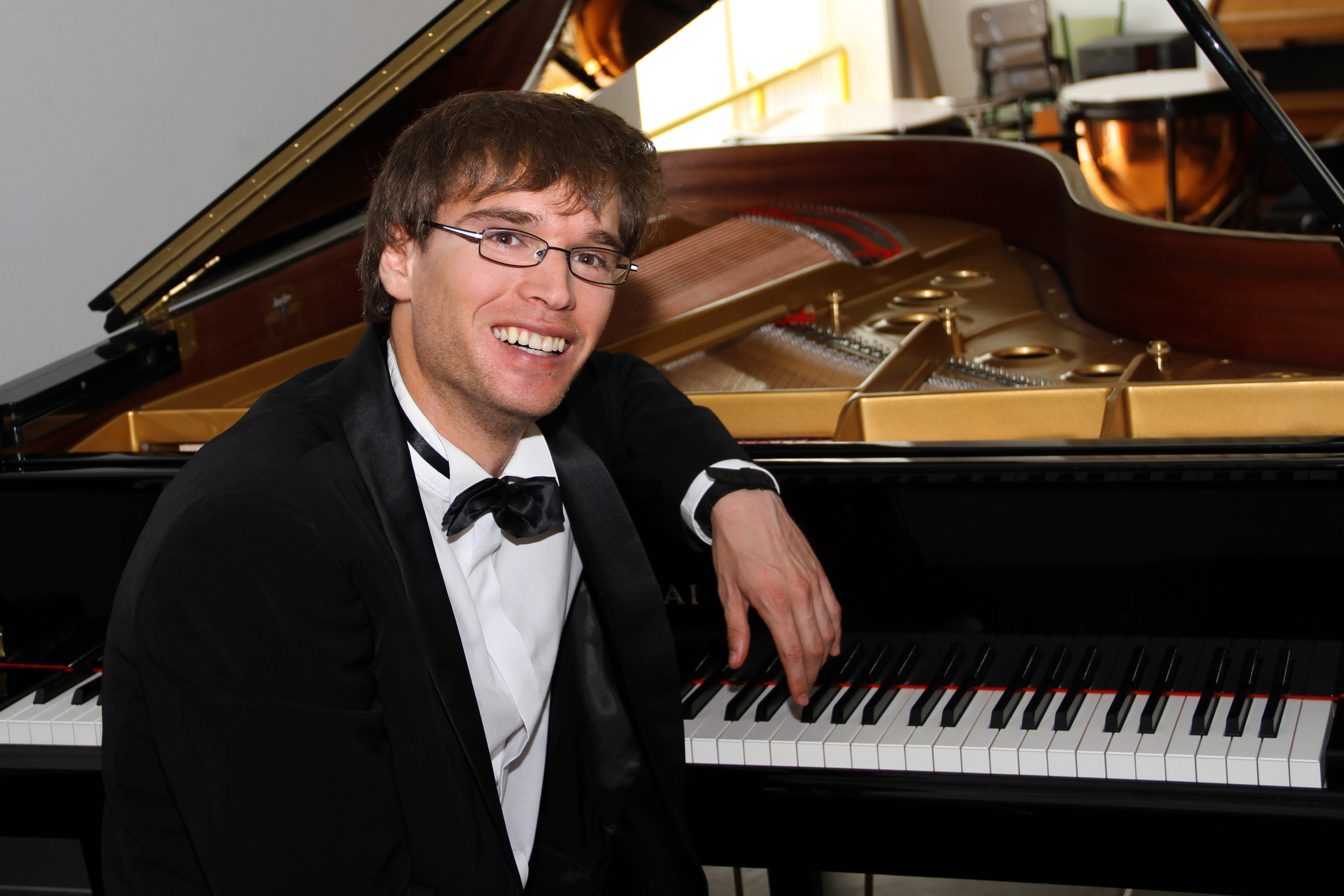 “ Pablo Galdo is an excellent musician and a brilliant pianist, with whom I shared the stage. In addition to his pianistic capacity, I highlight his great musical intuition (Martha Argerich, 2020)

“Pablo Galdo is an exceptional pianist of great technique, with the musicality of a real artist, that additionally has the capacity to communicate to the audience with great facility, which makes him a complete pianist” (Tamás vásáry, 2018)

“I was lucky enough to listen to the remarkable pianist Pablo Galdo. His technical abilities are excellent and he is able to move any audience musically” (Cyprien katsaris, 2020)

He was born in Ferrol (La Coruña). He studied at the “Vigo Superior Conservatoire”,where he graduated with special

distinction and extraordinary prize, at the “University de Alcalá de Henares”, at the “Zoltán Kodály Institute”, at the “Franz Liszt Academy of Budapest” ,at the “Mozarteum University in Salzburg”, where he obtained his Postgraduate Diploma, and at the “Tchaikovsky Conservatory, Moscow” (Russia) . His professor included Nicasio Gradaille, Ferenc Rados, Rita Wagner, András kemenes, Imre Rohmann and Elisso Wirssaladze.

He has currently recorded a DVD, produced by IRIS, of works by Albéniz, Liszt and Rachmaninoff, a CD produced by MANS with works of Bach, Chopin and Liszt, and other CD produced by the same discography with works of Albéniz. He has also recorded for the Spanish Television, Galician Television and Hungarian Radio. The composer Saúl Chapela has dedicated to him his piano composition “22 variations on two cells”.

Pablo Galdo has given master classes at the ¨Tchaikovsky Conservatory“ in Moscow, “ Frederic Chopin University” in Warsaw, “Academy of Arts of Iceland”, “Buchmann-Mehta school” in Israel, “Istanbul State Conservatory”, “Tbilisi State Conservatory”, “Music academy of Baku”, at ESMAE University in Porto, at the “Barenboim-Said Foundation” in Palestine, at the the “National Conservatory of Jordan”, “National Conservatory of Lebanon”, “Verona Conservatory of music”, at the “Academy of Music and Theater of Vilnius” (Lithuania), “Yahsar University in Izmir” (Turkey), “Macedonian University in Thessaloniki” (Greece),  “Kharkiv National University of Arts”, “National Music Academy of Estonia", “Sydney Conservatorium of music”, "National University of Kazakhstan", “Costa Rica national University”, "Superior School of Music of Neuquén" (Argentine) , and in different Music Institutions across Spain. He was teaching since 2013, masterclasses at the International Music Academy “Forum Musikae” in Madrid. And recently at International Piano Festival in Costa Rica. He is jury member in several international competitions (Spain, China, Costa Rica, Norway, Lithuania). Among his students are prize winners of national and international competitions.

He is artistic director, since January 2016, of the Galician Classical Music Association, founder of “Vigo

Recently, he was awarded with the “Gregorio Baudot prize” to his artistic career (2016), with the Gold badge of Ferrol (2018) , the silver medal at the Global music awards to the category of classical pianist and instrumentist (years 2017 and 2018). In 2020, he was awarded as Galician of the year.

He currently combines his concert activity with his position as piano professor at the “Superior Conservatory of Music in A Coruña” (Galicia, Spain), at Superior Center Katarina Gurska in Madrid, and at the "Alfonso X the Wise University", also in Madrid.