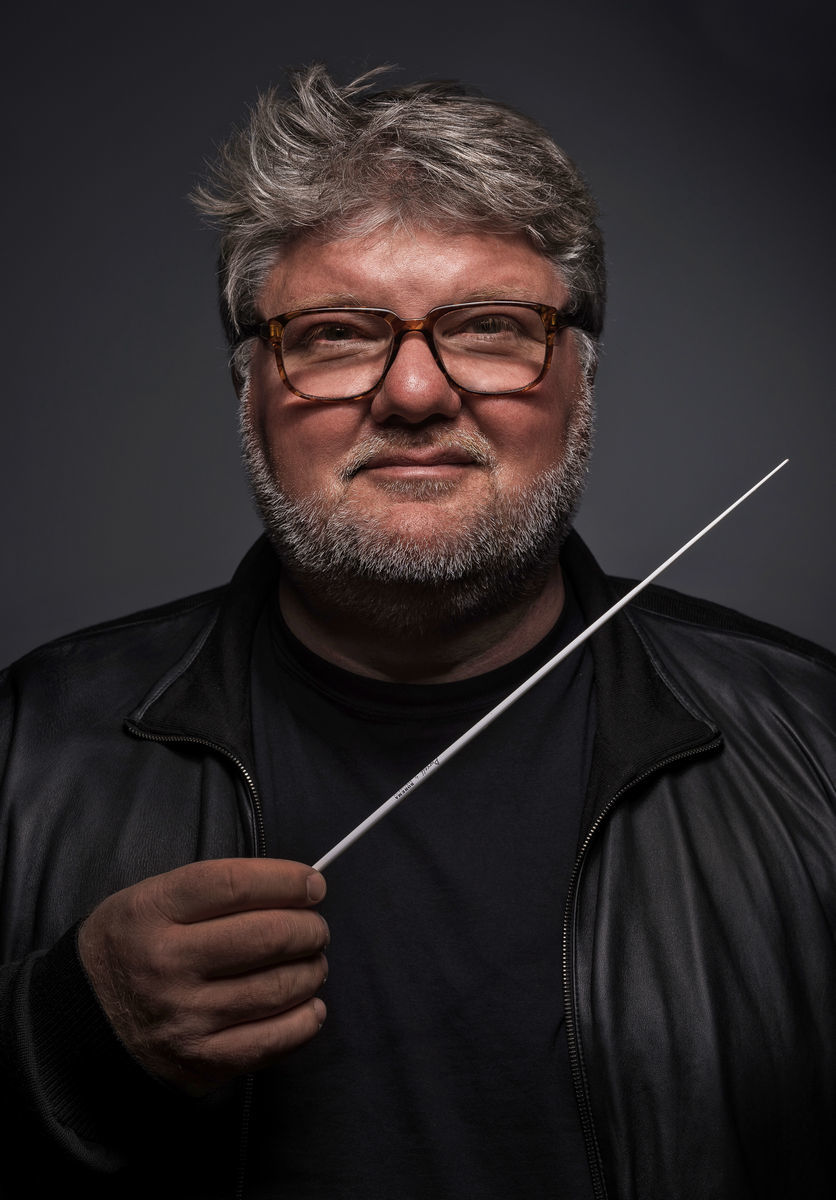 Grammy nominated conductor, cellist and conductor Dmitry Yablonsky was born in Moscow into a musical family. He began playing the cello when he was 5 years old and was accepted to the Central Music School for gifted children. At the age of 9 he gave his orchestral debut playing Haydn’s cello concerto.

Since then, his career has taken him to the most important stages in the world, such as the Carnegie Hall, La Scala, Moscow Great Hall, St. Petersburg Philharmonic Hall, Taiwan National Hall, Theatre Mogador, Cité de la Musique, Louvre, among others.

His mother is the famed pianist Oxana Yablonskaya, with whom he immigrated in 1977 to New York where he studied with Lorne Munroe (solo cellist of New York Philharmonic Orchestra), David Soyer, cellist of Guarneri quartet, and with Aldo Parisot.

In the summer of 1979, at the age 16, Dmitry was accepted to participate in Marlboro Music Festival in Vermont and was the youngest participant. There, he had the opportunity to meet many great musicians as M. Horszowski, M. Tree, M. Shneider, M. Foley... and after playing for David Soyer, cellist of Guarneri quartet, he offered him to come to Curtis Institute of Music to study with him.

In 2010 Dmitry Yablonsky received the Diploma of the Honorary Academician at the Independent Academy of Liberal Arts at the Russian Academy of Sciences. He has transcribed and edited works for cello, which was released by International Music Company and Dover Publications. Naxos records released his recording of all 40 Popper etudes for solo cello in the fall of 2008, which received great critical acclaim.

But maybe, his most important recording is the Piano trio recording for Erato/ Warner with Vadim Repin and Boris Berezovsky that has won numerous awards.

Dmitry Yablonsky has an enthusiastic and charismatic character that takes him to initiate many projects. He has organized many festivals all over the world and is the artistic director of Gabala Festival in Azerbaijan.

Dmitry Yablonsky is Music Director of Kiev Virtuosi and Conductor Laureate of Jerusalem Symphony Orchestra. Since fall 2016, he teaches at the Buchmann-Mehta School of Music at Tel Aviv University and has been recently named Head of International Relations of the same University.