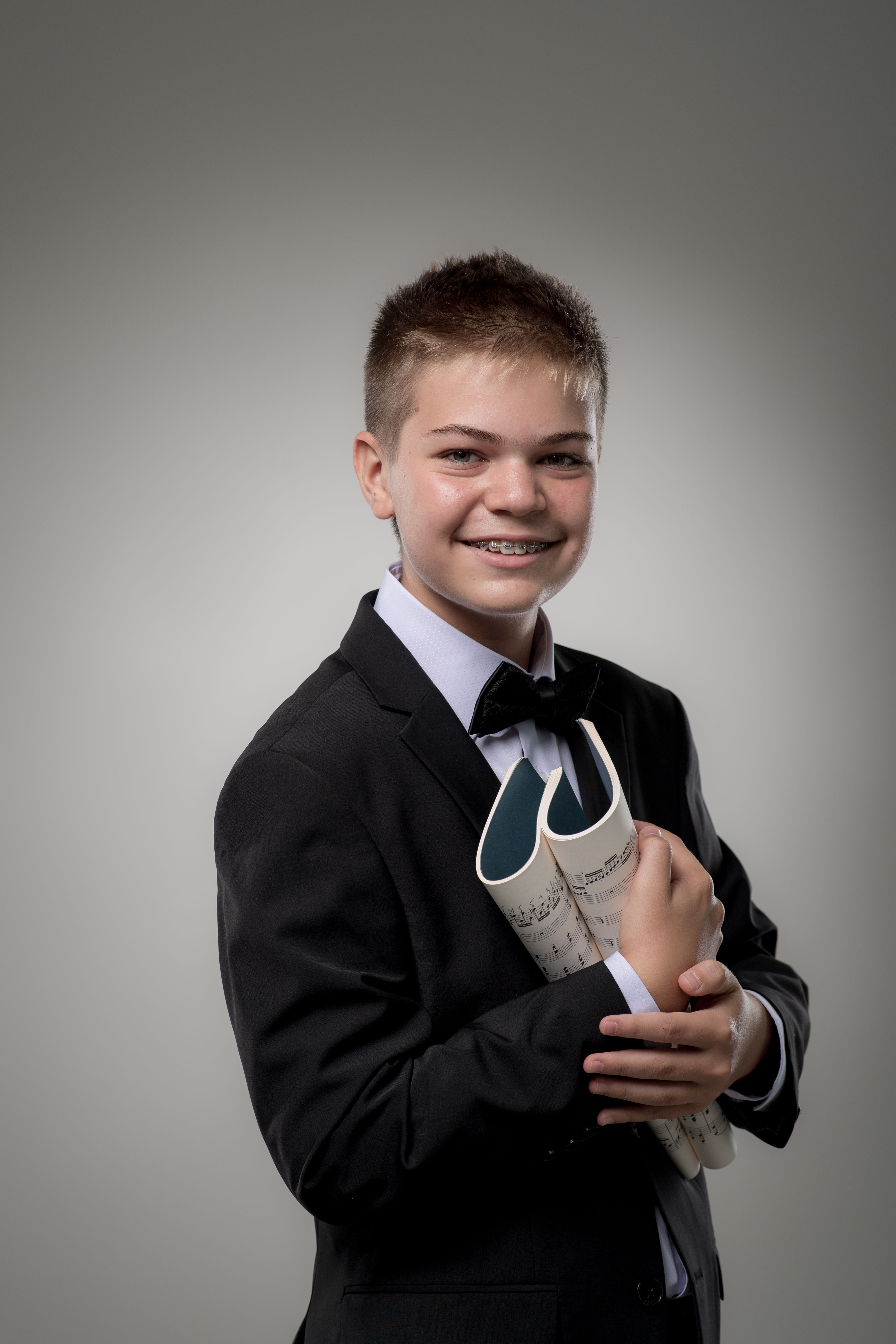 Ivaylo Vassilev was born in 2007 in Sofia. He showed his interest for classical music and piano at a very early age. He studies piano in the National School of Music in Sofia: from 2014 to 2019 his pedagogue was Emilia Kaneva and since 2019 he continues with prof. d-r Borislava Taneva.

Ivaylo has rich piano repertoire for his age – both solo and with orchestra. He has already several times had solo piano recitals in Bulgaria and in Moscow. He has performed already in emblematic halls, such as the Great Hall and Rachmaninoff Hall of Moscow State Conservatory, Tchaikovsky Hall, the House of Music in Moscow, State Academic Symphonic Capella in St. Petersburg, the Great Hall of Ghent’s Opera, Bulgaria Hall in Sofia. His first CD with Mozart and Shostakovich piano concertos was produced and released in 2019 in St. Petersburg, as a special prize for winning the Golden Nutcracker.

As a soloist with orchestra he has performed many times with famous conductors, like Konstantin Ilievsky, Mischa Damev, Alexander Titov, Alexander Chernushenko, Vyacheslav Valeev, Anton Shaburov, Igor Lerman, Sascha Goetzel and others. At the age of 12 he had already played with the two major Bulgarian orchestras – Sofia Philharmonic and Bulgarian National Radio Orchestra – in Bulgaria hall in Sofia.

He has attended many masterclasses since 2016 with world known pianists and pedagogues.

The feedback for Ivaylo’s piano performances by pianists, pedagogues and music critique is flattering.

Dmitry Bashkirov says that “at this age he feels the music and the sound so natural as if he invents the pieces while playing”;

Justas Dvarionas says that “he plays with natural and deep feeling that shows us all colors of the rainbow”;

Svetlana Slivinskaya (journalist and music reviewer from St. Petersburg) states: “Ivaylo’s appearance in the music world might be called a divine providence, like Glen Gould’s appearance in the past. His performance of Bach’s piano concerto in D-minor was saturated with unheard beauty and deep philosophy, inspiring delight and meditation, unveiling new depths in time and space with the great composer’s music”.