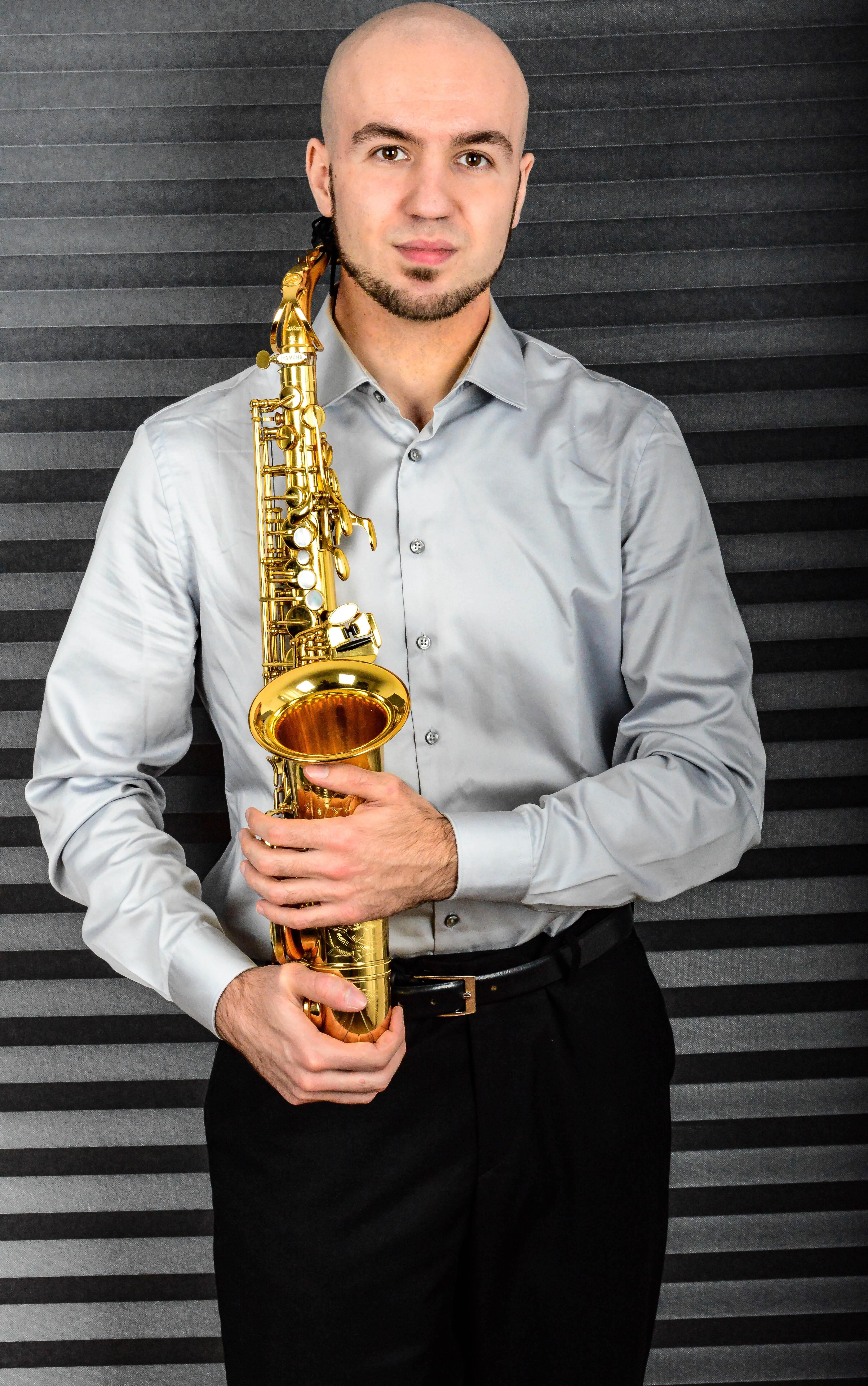 Nicola Peretto , born in 1992 in Aosta (Italy), is considered one of the brightest classical  saxophonists of his generation.

He won 8 prizes during important international competitions as soloist, among others:

He played several times as a soloist with wind or string orchestra pieces like : Glazunov Concerto,  Divertimento by Boutry, Larsson Concerto, Concertino da camera by Jacques Ibert, Concertino by  Rueff . In January 2013 he made a live CD recording of “Rapsodie” by André Waignein during the  “ Concert du Nouvel An 2013” in Pont-Saint-Martin with Orchestre d’Harmonie du Val d’Aoste.

For the opening concert of the International Music Competition "Marco Fiorindo" 2018, he was  invited to perform the "Orientale" concerto by Martin Loridan for 2 saxophones and wind orchestra  in Turin.

He performed in different venues like Teatro Superga in Turin, Festival Saxena and Salle Cortot in  Paris and, during the “Eurasian Stars music festival” 2018 of Astana, he was invited as soloist with  the “Academy of soloists State Orchestra” conducted by Mischa Katz in the Kazakhstan Central  Concert Hall.

Since 2017, he has been a member (tenor saxophone) of the Klassik4Sax quartet, performing concerts in  particular in Belgium and France (Festival des Minimes, Festival Chapel for Europe, concert in  Nadia Boulanger's house, etc). Klassik4sax was also invited to perform at the European Parliament  in Brussels for the prestigious ceremony of the election of the new President in april 2018.

He was recently invited for giving Masterclass at "Conservatoire de la Vallée d'Aoste". He regularly  teaches in Italy for summer masterclass and he is currently the classical saxophone teacher at the  Antibes conservatory (France).

He plays on Yamaha Custom EX saxophones and he is an artist officially sponsored by "Vandoren  Paris" since 2016.