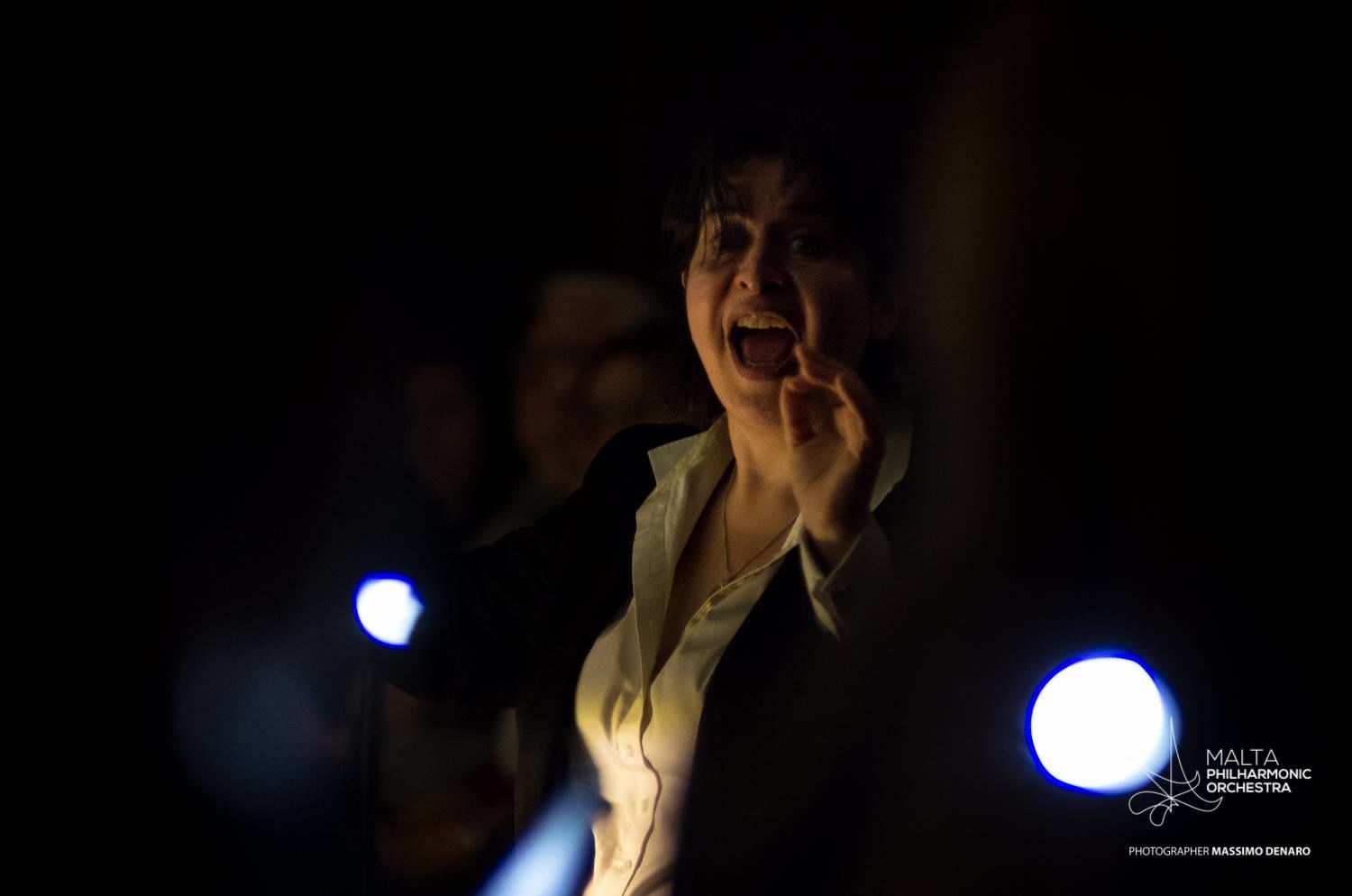 Dr Michelle Castelletti is a conductor, composer and interdisciplinary artist with a passion for cross-art and site-specific curation. After leaving her post as music lecturer and conductor at university, as well as the running of Sounds New Contemporary Music Festival, Michelle became the artistic director of the Royal Northern College of Music, as both an Arts Centre, and as a Conservatoire, directing the Performance and Programming department with all its teams, including Learning & Participation, Professional Engagements, Orchestras & Ensembles and Programming. She has been a speaker at national and international conferences and has worked for audition and jury panels, including the British Composer Awards, European Capital of Culture and Venice Biennale. She has created and developed significant national and international partnerships and feels privileged to have worked with exceptional artists in her career. Michelle recently finished her tenure as artistic director of the Malta International Arts Festival, with a remit to lead towards European Capital of Culture 2018. She is now curator of The Three Palaces Festival in Malta and director of Oxford Festival of the Arts.

Recent performances as a conductor include Sacred Utterances – an interdisciplinary evening she curated with, and for, the Malta Philharmonic Orchestra, based on the interplay between sound and space and light; and, on the other end of the spectrum, a run of Mozart’s comic opera, L’Impresario in a new production for children in a splendid c-18th theatre.  She opened the 2019-20 season with the President of Malta’s concert in a Proms in the Park style performance in Valletta’s main Square. Past personal favourites include conducting at Birmingham Symphony Hall; Richard Strauss and Mahler in Canterbury Cathedral; Carmina Burana; conducting with Carmine Lauri (co-leader of the London Symphony Orchestra) as soloist at the Valletta International Baroque Festival; the privilege of conducting the Canterbury Cathedral choristers; conducting Arvo Pärt’s music for Arvo Pärt himself; Stravinsky’s Firebird; and even a production of Sweeney Todd. Responsible for outward-facing musical activity for the university in Canterbury, Michelle feels privileged to have been the Music Director for the Jubilee Celebrations in Canterbury Cathedral, graduation ceremonies, and conferment of honorary awards [e.g. former Archbishop of Canterbury, Dr Rowan Williams].

Michelle loves creating interdisciplinary projects in atypical spaces. Her performances, projects, curations and festivals have received 5* reviews and awards, one of the most prestigious being the Times Higher Education Award for Excellence and Innovation in the Arts. Michelle has curated study days at Wigmore Hall and taken performances to the Southbank Centre. Other projects she was involved in include BBC R3 Young Artists Day, BBC R3 Live In Tune and Music Matters programmes and BBC Proms Portraits.

Michelle recently welcomed Krzysztof Penderecki as resident composer/conductor, culminating in the UK premiere of his monumental Seven Gates of Jerusalem, which received a five-star review from The Guardian. Michelle feels privileged to have nominated and presented Penderecki with an honorary degree.

Michelle is on the Board of Directors of the Incorporated Society of Musicians, Trustee of the ISM Trust and of ORA Singers, and Fellow of the Royal Society of Arts. She is published by Universal Edition Vienna and has been broadcast on several channels (including the digital World Concert Hall), and is recorded by BIS RECORDS and ARS PRODUKTION. The BIS/ Storgårds recording has been receiving double 5* 10-10-10 reviews, across the globe. It was No. 1 Orchestral Choice of the Month, on BBC Music Magazine – The Proms Edition, July 2019. The ARS Produktion recording was planned for a Spring 2020 release. Other CDs include one of new works with the Malta Philharmonic Orchestra in a project for young conductors and composers; and her orchestration of Britten’s arrangement ofThe Last Rose of Summer (trad.) gorgeously sung by Kathryn Rudge, conducted by Sir Andrew Davis for a memorial concert for Michael Kennedy CBE, with the Hallé, Manchester Camerata, BBC Philharmonic and the RNCM Orchestra with Sir Mark Elder, Sir Andrew Davis and 23 world-renowned soloists.

Michelle’s musical studies started in Malta with a B.A. (Hons) in Music, with Psychology as undergraduate second subject; as well as a Diploma in Sacred Music, following her Associateships and Licenciateships in Voice, Piano and Theory of Music. She won several scholarships, and placed first in the EU STEPS Award, which brought her to England for her first Masters (Conducting and Composition) in the UK. Michelle completed a PhD, specializing in Conducting and the beautiful art of Orchestration, re-creating Mahler’s (unfinished) Tenth Symphony through a new performing edition made in the contemporaneous tradition of the Verein für Musikalische Privataufführungen, using Mahler’s own surviving sketches. In her younger years, Michelle had acted as a repetiteur, pianist and/or accompanist and still loves chamber music very much. She is a soprano and loves lyrical dramatic roles (when she has time!).

Michelle is enamoured with history and material culture. She is thrilled to have read for a postgraduate certificate in historical studies (Distinction), as well as for a Masters of Studies in Literature and Arts at the University of Oxford, based on interdisciplinarity between the Arts: a liberal degree which seemed to encapsulate everything she loves, based on interdisciplinarity, and the beautiful encounter between academia and creativity. In another life, she would have been an architect building cathedrals or a scribe illuminating manuscripts. Michelle loves being surrounded by art, her music, and books.