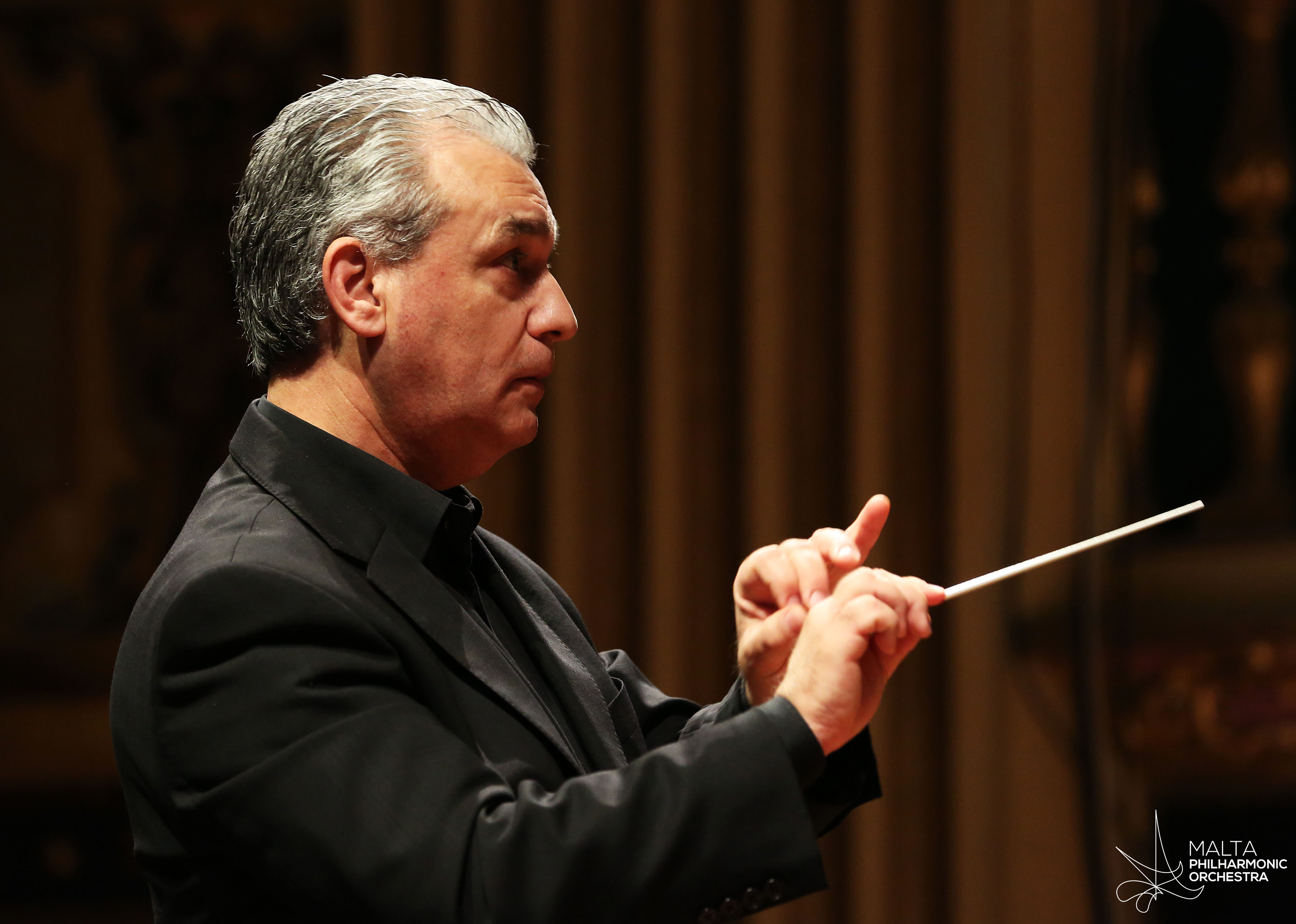 Michael Laus studied in Malta with Carmelo Pace and Cynthia Turner, and then graduated in piano, harpsichord, composition, and conducting at the Conservatorio Giuseppe Verdi of Milan in 1982. He later participated in master classes in conducting given by George Manahan in the United States and Vladimir Delman in Bologna.

As Resident Conductor of the Malta Philharmonic Orchestra for the past 30 years, he has led the orchestra in symphonic concerts both in Malta’s main concert venues and on tour in Belgium and Italy. He has conducted several opera productions which include the Mozart/Da Ponte trilogy, Die Zauberflöte, L’Elisir d’amore, Lucia di Lammermoor, Rigoletto, La Traviata, Otello, Falstaff, La Bohème, Tosca, Madama Butterfly, Gianni Schicchi, Roméo et Juliette, Werther, Pagliacci and L’amico Fritz, as well as lesser-known titles such as Cimarosa’s Il matrimonio segreto and Nino Rota’s La notte di un nevrastenico. His performed repertoire includes the major symphonies of the eighteenth and nineteenth centuries, Handel’s Messiah, the Mozart and Verdi Requiems, Jenkins’ Mass for Peace and other works from the twentieth and twenty-first centuries with several first performances of works by contemporary composers. In July, 2016, he conducted the first European performance of Arvo Pärt’s Greater Antiphons, in the composer’s presence, and in November 2016 he conducted a highly acclaimed performance of Verdi’s Requiem. He opened the first edition of the Valletta International Baroque Festival in 2013, and the second edition with Handel’s Messiah. Other soloists with whom he has collaborated include Katia Ricciarelli, Cecilia Gasdia, Joseph Calleja, Brigitte Engerer, Pietro de Maria, Andrea Griminelli, and his wife, the soprano Miriam Gauci.

Michael Laus has guest-conducted prestigious orchestras such as the Bournemouth Symphony, the Slovak Philharmonic, the Slovak Radio Symphony Orchestra, the Belgrade Philharmonic, the Orquesta Sinfonica de Asturias, the Berne Symphony Orchestra, L’Orchestra Sinfonica di Pesaro, the Sibiu Philharmonic Orchestra, the Moldavian Symphony Orchestra and the Croatian Chamber Orchestra. He has appeared as music director in operatic productions at the Berne State Theatre and in Oviedo. He regularly appears in the double role of pianist/harpsichordist and conductor in a concerto repertoire ranging from baroque to twentieth-century works. In this double role, he has won international critical acclaim for his recording of Cyril Scott’s Harpsichord Concerto.

Michael Laus has recorded works for piano and orchestra as well as orchestral music on CD, which have been released on Discover International, Unicorn-Khanchana and Cameo Classics labels. He has appeared on Rai 3, France 3 and Mezzo television channels. He is Associate Professor in Music Studies at the University of Malta. He was the founder and first music director of the Malta Youth Orchestra, and also the founder and director of the Goldberg Ensemble, a choral and instrumental group specializing in the performance of baroque music.