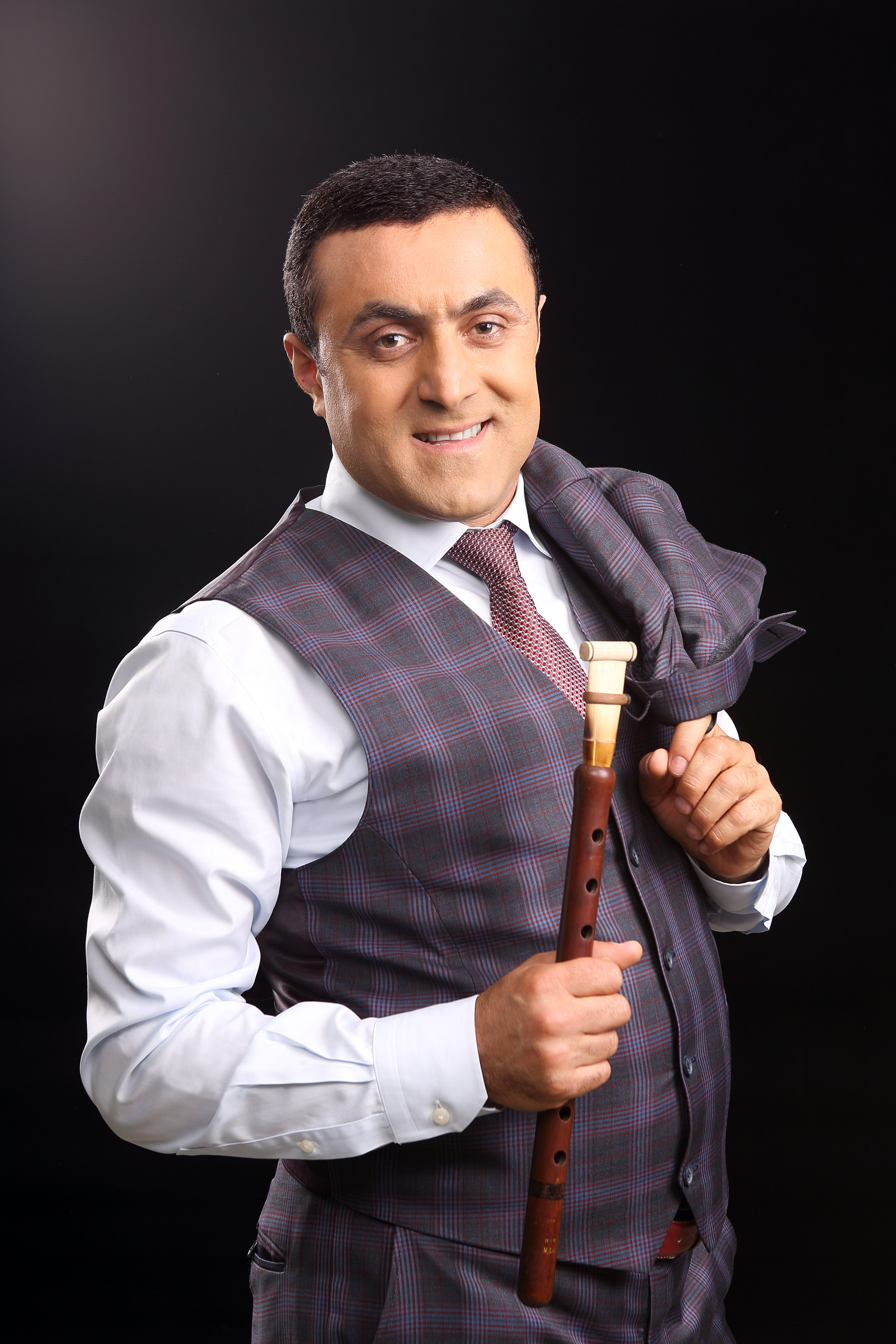 Kamo Seyranyan was born on February 5, 1979, in Charentsavan, Kotayk region, RA. From 1985-93 he studied at the local secondary school no. 4 and from 1994-97 at the Music College after A. Babajanyan in Yerevan. Later from 1997-2002, he studied at the Yerevan State Conservatory after Komitas.

In 1997, Kamo participated at the festival of 15-50-year-old duduk players organized by the National Radio of Armenia, dedicated to the famous duduk players Margar Margaryan, Leon Madoyan, and Vache Hovsepyan, where he was awarded an honorary prize.

Since 2003 he has been teaching duduk at the Chair of Folk Instruments of the Yerevan Conservatory. In 2004,

Kamo successfully completed his Ph.D. studies at the Yerevan State Conservatory after Komitas. In 2012, Mr. Seyranyan was awarded the title of “Honored Artist of Armenia,” and in 2016, he continued his career as an associate professor.

Kamo Seyranyan has performed in many parts of the world: Australia, Paraguay, France, Austria, Greece, Syria, Ukraine, Netherlands, Belgium, Turkmenistan, Lebanon, Russia, and many other countries.

Since 2006 he has appeared in many music videos and TV shows and received numerous music awards in Yerevan, Moscow, and Los Angeles.

In 2010, Mr. Seyranyan started to collaborate with the famous band "Forbidden Saints" marking his debut at the Pasadena Civic Auditorium, Microsoft Theatre, and Kodak Theatre, USA. Kamo Seyranyan has been collaborating with well-known artists such as Victor Espinola, Armen Movsessian, Alexander Zhiroff, Ramon Flores, Archie Pena, Harout Pamboukjian and many others.

Kamo Seyranyan is a true ambassador of duduk, and on November 5, 2017, he organized the most phenomenal concert honoring his instrument: Kamo Seyranyan Live Concertin Yerevan.