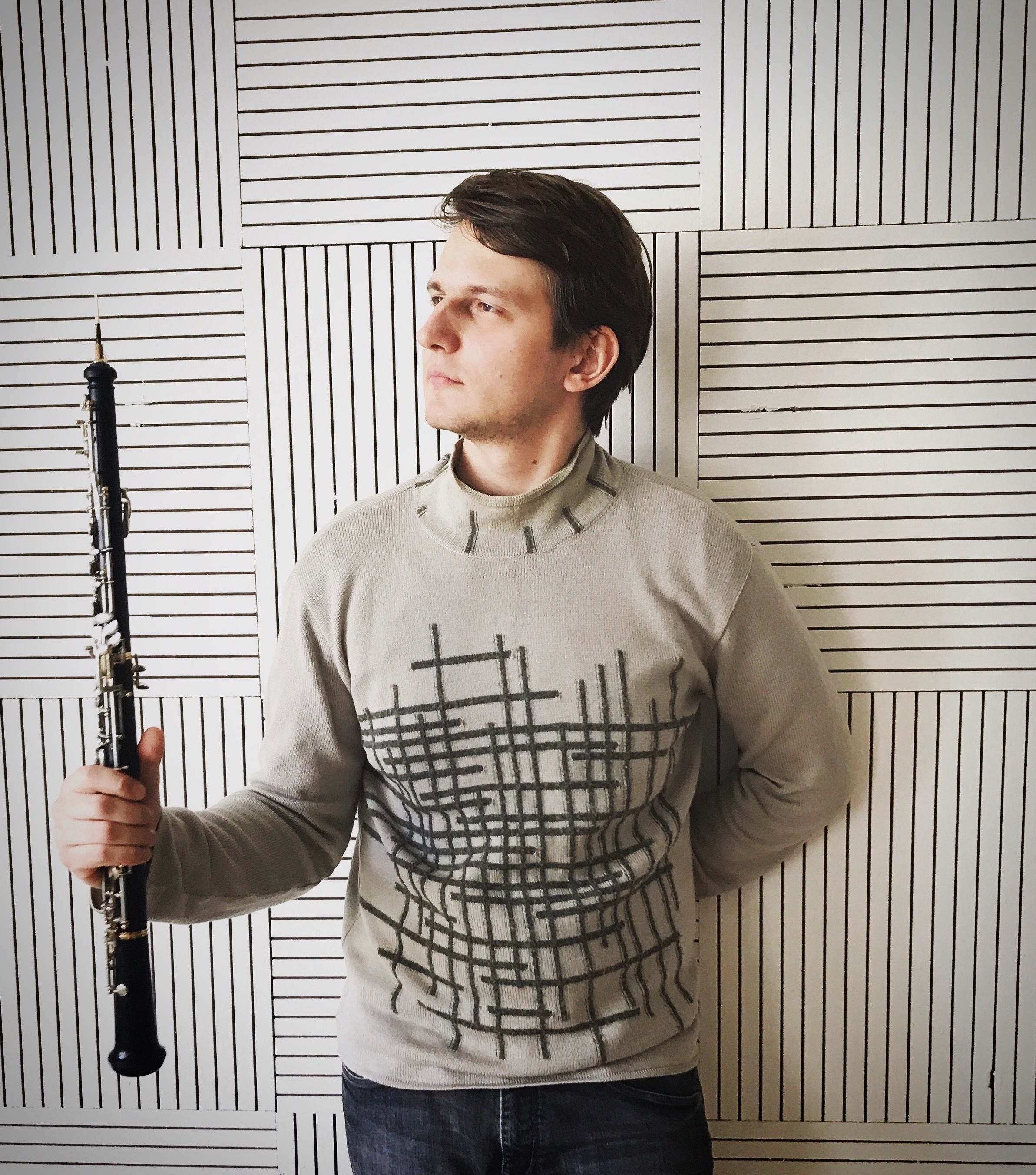 In 2009 graduated with honours from the Gnessin Music School in Moscow, in 2014 from the Tchaikovsky Moscow State Conservatory and in 2019 from the Haute Ecole de Musique de Genève (class of Alexei Ogrintchouk). A laureate of international competitions such as the Aeolus International Competition for Wind Instruments (2012, the 2nd prize and the audience award), the Crussell International Oboe Competition (2014, the third prize).

He has toured in Canada, Mexico, China, Tunis, France, Germany, Spain, Great Britain, Switzerland, Latvia, Estonia, Finland as a soloist and as a member of various ensembles.