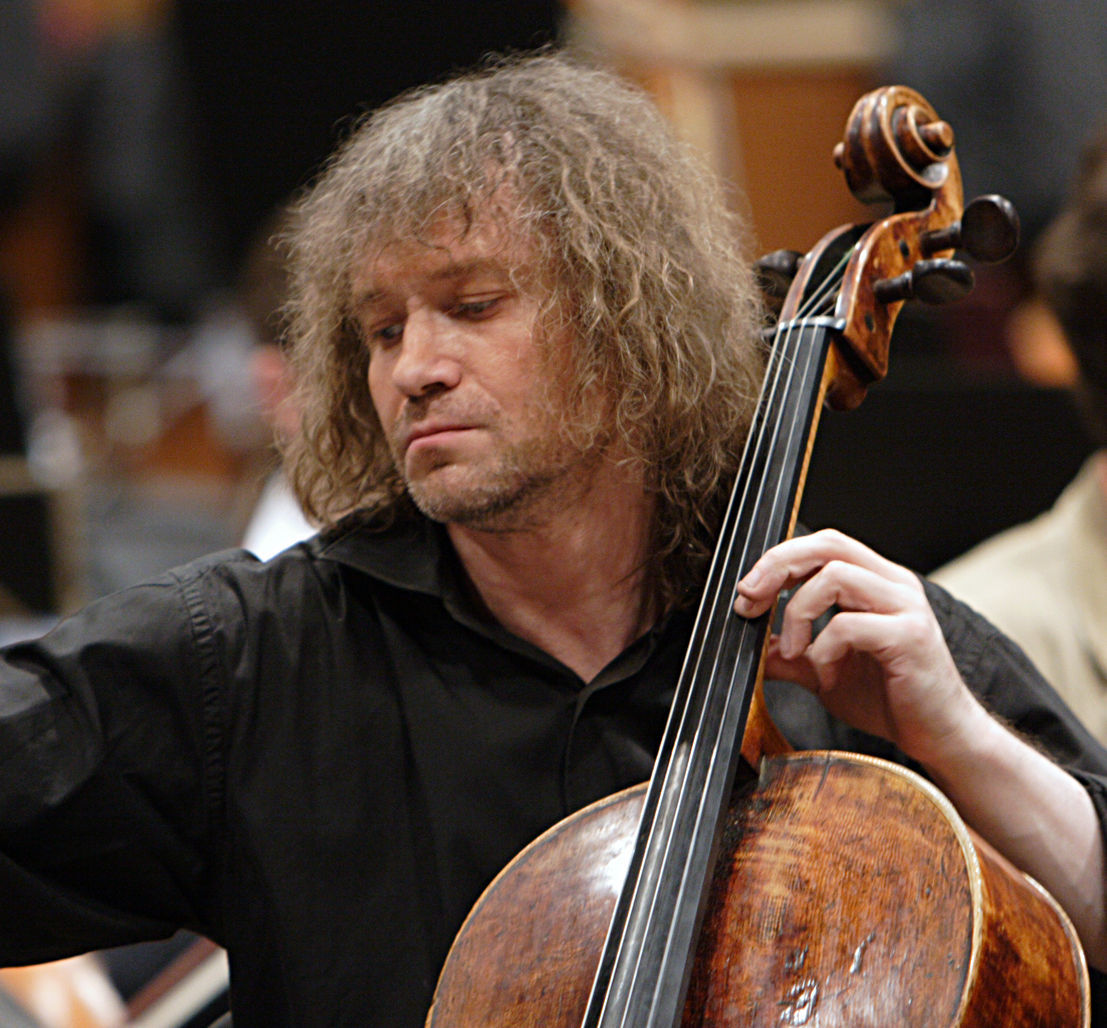 One of  the most powerful and enigmatic cellists, Alexander Knyazev  was  born  in  1961  in  Moscow. He started to study cello at the age off six with Alexander Fedorchenko and graduated  from the Moscow Conservatoire in 1986.

Three times, in 1998, 2002 and 2015 he was member of the Jury at the Tchaikovsky International  Competition in Moscow.

The Nantes Music Festivals in 2001 and 2002 became a real triumph by the leading French press Alexander Knyazev was named  “One of the three treasures of the Festival”, together with Maestro Eugene Svetlanov and Vadim Repin.

In December 1999 the musician performed all Bach Suites in the Great Hall of Moscow Conservatoire that became an outstanding event in the musical life of Russia and in the same month he received the title “Musician of the Year 1999” in the raiting of the Russian Radio-1 Station.

In May 1999 he performed as an organist ”Die Kunst der Fuge” of J.S.Bach in Moscow. In January 2000 the musician presented his own arrangement of Bach’s Ciaccona and in April of the same year he performed 5 concertos for cello and orchestra, including Simphony Concertante of W.A. Mozart  arranged for violin and cello and in December 2002-world premiere of the program “40 Songs of Brams” arranged for cello and piano.

A recording of complete Bach suites at Warner Classic then followed by three concerts in Paris  received a high international acclaim from critics  and shops, (also awarded Telerama-4).

Last great event was triumph debut in Musikverein (Vienna) with Russian Tchaikovsky Orchestra  conducted by V.Fedoseev. In 2010 Alexander Knyazev performed in Salle Pleyel with Radio-Philarmonic orchestra and played his debut in  Great Hall of Concertgebow.

As organist: in 1991 Alexander Knyazev got a degree at the Nizhny Novgorod Conservatoire where he studied with a well-known Russian organist Professor G. Kozlova. After that his organs concert activity start. He played in such important halls as Great Hall in Moscow, Capella in St.Peterburg and many other organs in Russia. He plays also in France: he was invited to play in famous organ in Saint Eustashe and Cathedrale Notre-Dame. In 2010 he played in very important festival Radio France in Montpellier (integral of Trio-sonates of J.S.Bach). In 2011 year he played debut in Great Hall of St. Peterburg. His repertuare included a lot of works J.S.Bach, Mozart, concerts with orchestra by Handel and Haydn, also romantic music-Mendelssohn, Schumann, Brahms and Franck. In 2012 A. Knyazev invited as president of  Russian Organ Competition in Kaliningrad.

The 21 century widened the touring geography of Alexander Knyazev. It started with a tour in Japan (both as a cellist and organist), concerts in Luxembourg, Norway and France and the first tours to Israel (a concert with Y. Bashmet) Greece (Megaro Concert Hall in Athens), Australia, Sweden (Gothenburg Simphony Orchestra), Portugal and Ireland.