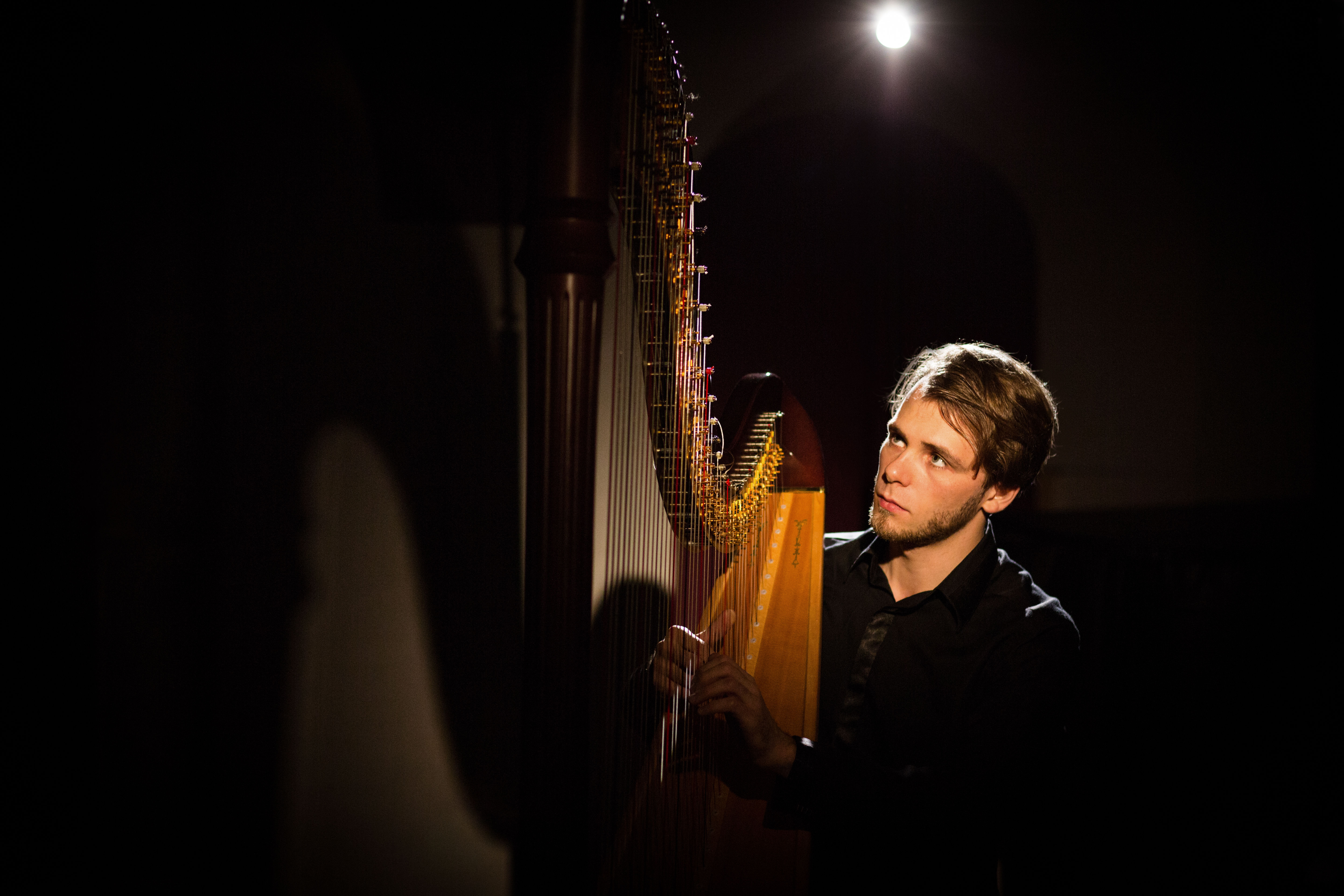 He was born in Saint Petersburg, Russia in the family of a professor of the Saint Petersburg State Conservatory Irina Sharapova and a philosopher and futurologist Alexander Boldachev.

As a child, Sasha took up piano and harp. Later, he studied harp (class of Karina Maleeva) and composition (class of Svetlana Lavrova) in the musical lyceum of the Saint Petersburg Conservatory.

Sasha started performing at the age of five. At the same time, he composed his first opuses. When he was six, a composer Sergei Slonimsky wrote Christmas Chimes especially for Boldachev. He performed this musical composition at Christmas Festival in Saint Petersburg. His international career started at the age of eight, when he performed with the Lithuanian State Orchestra.

Boldachev has won more than ten prizes and awards at international harp and composer contests: British Brilliant Talent (first non-UK prize-winner), ProEuropa (Austria) (for outstanding artistic talent and contribution to the European art), a holder of fellowships of the Bank Vontobel in Switzerland and of the Banque Populaire in France.

As a composer, he amplifies the harp repertoire by means of arranging.  His fantasy to Rimsky-Korsakov’s Scheherazade and arrangement of Rachmaninov’s First Suite to harp and piano are some of the most masterly works for harp. Leading professors noticed that at a very young age Sasha succeeded in expanding technical and expressive potential of harp.

Sasha Boldachev’s discography since now includes several solo and chamber albums. He has recently recorded Harp as an Orchestra (orchestra melodies of great composers) and From Russia with Harp (author arrangements of the anthology of fifteen Russian composers from Alyabiev to Slonimsky).

In 2015 as a member of his group Game of Tones, he won the prize of Swiss Television Prix Walo.

In Russia, Sasha has actively participated in projects of the Moscow and Saint Petersburg International Houses of Music, and The Spivakov Fund.  He was also a participant at various festivals (Music Olympus, New Names, Mozart Festival) and contests (Young Performers of Russia, Generation Next, River of Talents).

During his active concert activity, he has been on many tours in more than 40 countries on five continents, as well as run workshops and performed with the world greatest orchestras.

As a guest soloist, he takes part in important productions of the Bolshoi Theatre of Russia run by maestro Tugan Sokhiev.

Sasha is writing and producing modern-style songs jointly with Eric Racy studio, and he is the author of music to various theatrical performances and short films.

He is an invited soloist of the Bolshoi Theatre of Russia, exclusive Artist of harp house Salvi Harps and Lyon&Healy, soloist of group Game of Tones.